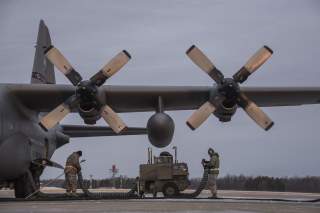 The Trump Administration, Congress and the Department of Defense (DoD) are united in their desire to reform the way defense resources are spent. While much of the public face of acquisition reform has focused of late on reducing the costs of major acquisition programs, the real savings will come from how the Pentagon manages its sustainment activities. More than 70 percent of the life cycle costs of a weapons system are experienced during sustainment.

A proven way of reducing sustainment costs is by applying commercial best practices to defense acquisition and sustainment. One of these best practices when it comes to managing the maintenance, repair and overhaul of major weapons systems and platforms is Performance-Based Logistics (PBL). Unlike traditional fee-for-service or time-and-materials contracts, PBL works by specifying outcomes, not activities. The contractor commits to meeting a specified level of performance, say the percentage of a fleet of vehicles or aircraft available for operations, for a price (usually below what the government was paying before). The contractor also has incentives to improve its processes and, sometimes, even hardware, because these can increase its profits. Some PBL sustainment contracts also share savings between the contractor and the Pentagon.  PBL is a win-win because it is based on a core human value: do better in order to reap greater rewards.

Since the early 1990s, across three administrations, DoD and industry have worked to apply the tenets of PBL to its sustainment contracts. Companies such as Boeing and Lockheed Martin have excelled at running PBL-based activities for the Pentagon. Boeing has more than a dozen PBL contracts with DoD and foreign ministries of defense.  Boeing manages very successful PBL contracts for the Marine Corps MV-22 Osprey and U.S. Army CH-47 Chinook and AH-64 Apache.  The British defense ministry has gone all-in on PBL arrangements, for example signing a 25-year contract with a Boeing-led team for the sustainment of that country’s CH-47 helicopters.

In place for more than 20 years, through several successive multi-year contracts, the GISP proves the value of long-term PBL contracts.  According to Boeing, GISP has successfully reduced sustainment costs by about 40 percent over the past two decades. This resulted in savings of some $3 billion for DoD through FY 2014.

Sikorsky -- a Lockheed Martin Company -- has demonstrated equal success with respect to PBL-based sustainment. In late February, the Naval Supply Systems Command awarded the Maritime Helicopter Support Company (MHSCo), an erstwhile partnership between Lockheed Martin and what was until recently United Technologies’ Sikorsky division, a third five-year agreement for maintenance of more than 530 advanced Navy MH-60R and S models. The $2 billion fixed-price-per-flight hour PBL contract will run through 2020.

The “Seahawk 2015” contract demonstrates the value of long-term PBL arrangements where both the government and contractor learn from the process and refine the character of their relationship. The new contract has MHSCo responsible for more than 1700 separate parts and components on some 530 MH-60R/S aircraft. The new contract includes maintenance for the advanced mission avionics associated with the MH-60R/S helicopters, particularly the common cockpit with its flat panel display technology. The new PBL contract also provides support for the Royal Australian Navy’s 24 MH-60Rs.

The long-term nature of the Seahawk PBL enabled MHSCo to refine its maintenance activities and improve performance while lowering costs. Helicopter readiness has increased to a remarkable 92 percent and reliability has improved by 26 percent. In order to achieve these improvements, MHSCo invested $140 million to improve the reliability of parts and components and to streamline the logistics system. According to the company, this has resulted in a reduction in logistic response time of some 45 days as well as savings resulting from increased reliability of components and reduced maintenance times. MHSCo reports that the contract covers management of nearly $1 billion in inventory at 99.91 percent accuracy. The government and the company share savings that result from reduced demand to repair or replace a part.

The Boeing and MHSCo contracts are among the best of the PBL story. But they are by no means the only ones. A 2010 study commissioned by the Pentagon examined some 21 PBL-based contracts, half of which had first been traditional fee-for-parts-and-labor arrangements before converting to the new model. It concluded that, properly structured and managed, PBL-based arrangements were able to increase value to the customer while reducing costs.

Hopefully, once key personnel are in place, DoD can undertake to expand the use of PBL-based sustainment contracts. It is clear that this is an example of commercial best practices with wide application to DoD.