Perhaps the U.S. Army's Most Remarkable Leader in More than Half a Century 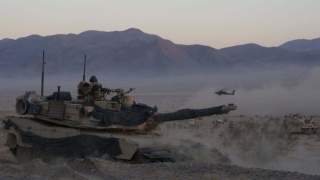 There have been many good Chiefs of Staff of the Army (CSA); names that come to mind include Wood, Bradley, Ridgeway, Taylor, Roger and Vuono. There have been a few great ones. They include, in my humble opinion: Marshall, Bradley and Sullivan. The latter category consists of CSAs who transformed their service; Marshall creating the Army that won WWII. But he also forcefully articulated the need for a large and modern Army to a president enamored of air and naval power.  Bradley led the Army out of its post-WWII decline and towards its modern form, and Sullivan set the Army on a course to deal with the threats that would emerge after the end of the Cold War.

Now there is General Mark Milley.  Granted it is a bit early to write the final word on his tenure, but if the rest of his time as CSA is anything like his first eighteen months, he may well turn out to be not just a good CSA, but one that transformed the U.S. Army.

Make no mistake, the Army is badly in need of a transformation. Its fifteen years of continuous engagement in Iraq and Afghanistan resulted in a force, generally, and senior leaders, particularly, remarkably fluent in and equipped for counterinsurgency/counterterrorism operations.  The Army invested heavily in technologies and systems to address the specific problems and threats for these wars.  In addition, this is an environment in which the U.S. and its allies totally dominated the skies, owned the night, enjoyed almost unimpeded lines of communications, availed themselves of unbroken networks and were relatively secure on large, fixed, well-appointed bases. Unfortunately, none of these conditions are likely to pertain in future wars, particularly those involving nations that have invested the time and resources to counter areas of U.S. technological, tactical and operational advantages.

While the fight against Islamic extremism will continue, the fundamental threat to U.S. and global security is from hostile nation states. The Secretary of Defense, Dr. Ashton Carter, identified five primary security threats. Four are nations (Russia, China, North Korea and Iran) and, lastly, a fifth: global terrorism. Unfortunately, as General Milley pointed out during his speech at the Association of the U.S. Army’s Eisenhower luncheon, the first four have taken the time and invested the resources to counter areas of U.S. military advantage:

While we focused on the counter-terrorist fight, other countries -- Russia, Iran, China, North Korea -- went to school on us. They studied our doctrine, our tactics, our equipment, our organization, our training, our leadership. And, in turn, they revised their own doctrines, and they are rapidly modernizing their military today to avoid our strengths in hopes of defeating us at some point in the future.

Dealing with the emerging Russian/Chinese/North Korean/Iranian threat will necessitate a transformation of the Army and the Joint Force. Most obviously, the U.S. military, but the Army most significantly, will have to fight and win from a position of local quantitative inferiority. The U.S. military also must be prepared to fight for survival in every domain before it can exploit its exert influence over the adversary or support other forces. The Army is just beginning to realize that it cannot rely on others to protect it from air attacks and long-range artillery and missiles. Nor will the Army have the luxury of secure bases and safe havens beyond the reach of adversary weapons and forces. Indeed, in some areas such as electronic warfare, long-range fires and air and missile defenses, the U.S. starts from a position of technological inferiority.  Milley observed that in future wars, any Army units that stay in one place more than a few hours are likely to be attacked.

Prodded by its new Chief, the Army is beginning to take steps to address some of its most significant weaknesses. The first of a planned 81 upgunned Stryker fighting vehicles with an advanced 30mm cannon have been delivered to the Army by General Dynamics. The Army has several efforts underway to deploy small tactical lasers on various vehicles. TACOM is conducting tests of currently available active protection systems on the Abrams, Bradley and Stryker vehicles with an eye to buying some number for forward deployed forces. The Army is buying a C3 system – WIN-T Increment 2 – that will allow for connectivity while on the move, but only in small numbers.

Given enough money and time, the Army could probably find solutions to most of its most pressing capability gaps. Unfortunately, it has no money. The Army’s modernization budget has been reduced to a pittance as the service struggles to maintain the readiness necessary to conduct combat operations in Iraq and Afghanistan and maintain the semblance of deterrence elsewhere. The Army spends only a little over $20 billion a year on new platforms and weapons systems. This is at least 50 percent less than it should be spending given the breadth of the threats we face and the large number of capability gaps that currently exist.

The lack of time is as significant a challenge to Army modernization as the lack of money. It takes twenty years to move a major acquisition program from initial design through low rate production. But the clock is ticking on the next big power confrontation and possible conflict. Informed sources believe that the U.S may only have five years before it faces direct military action by one (or more) of the Big Four adversaries. This means that the Army – and the other Services – need to focus on near-term modernization opportunities

It is on this subject, time, that General Milley’s vision may be the most significant to the Army’s transformation. For the first time, of which I am aware, a CSA framed the challenge facing the U.S. military the right way, in terms of time and not just money, numbers or technology. At the Eisenhower lunch, General Milley declared: “Let us commit for once, once in our history, to not be unprepared for that first battle.” If he can make good on this commitment, even just for the Army, he will be a remarkable Chief of Staff.