Philippines vs. China in the South China Sea: Beijing at a Geopolitical Crossroads 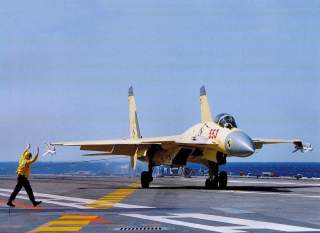 "An overwhelming victory" is how Paul Reichler, lead counsel of the Philippines, describes the Award issued by Permanent Court of Arbitration Tribunal in the case of Philippines v. China concerning the South China Sea (SCS).  The Tribunal unanimously granted all but a handful of Manila’s claims, and in doing so laid down a significant number of rulings that will reshape the discourse over the SCS disputes in the years to come.

First and foremost, the Tribunal definitively characterized and then struck down the most expansive of all the various claims to the SCS: China’s historic rights claims, as represented by the ‘nine-dash line’ map. The Tribunal held that clearly, any and all historic rights claims to waters beyond the territorial sea were relinquished and abandoned by China when it signed and ratified UNCLOS and thereby agreed with the establishment of the EEZ and continental shelf regimes in favor of all coastal states.

Second, the Tribunal comprehensively characterized all of the features in the Spratly Islands region and Scarborough Shoal. The islands and rocks created pockets of disputed territorial sovereignty, but the sea areas around them could be jurisdictionally allocated to adjacent coastal states in accordance with UNCLOS.

Third, the Tribunal found that China’s interference with Filipino fishing and petroleum exploration activities, construction of artificial islands, and failure to prevent Chinese fishermen from fishing in the Philippines’ EEZ, were all in violation of the Philippines’ sovereign rights over its EEZ and continental shelf. The Tribunal also determined that China’s construction of seven artificial islands and failure to prevent its fishermen from engaging in destructive fishing practices, violated its obligations to preserve and protect the marine environment.

Lastly, the Tribunal found that by creating artificial islands, China violated its obligations to refrain from taking actions that cause permanent and irreparable harm to the marine environment and acted prejudicially against the rights of the Philippines. China thereby acted contrary to international law by aggravating the dispute.

The Award has serious implications that ripple across the Southeast Asian region and the rest of the Asia-Pacific. It closes the door on China’s claims to excessive maritime jurisdictions in the SCS based on historic rights. The vindication of the Philippines’ rights to its EEZ and continental shelf outside of these disputed enclaves implies that beyond the mainland coasts and enclaves of islands or rocks, the SCS is open to either coastal state exclusive resource rights or common international uses.

The smaller littoral states of the SCS naturally gain from the legal reinforcement of their EEZ and continental shelf entitlements extending from their mainland coasts. If China insists on enforcing its now-illegitimate historic rights claims in these EEZ and continental shelf areas, it would clearly be acting illegally under international law and the coastal states would be entitled to take legal or other actions to defend their rights and jurisdictions. China must therefore immediately scale back and halt its maritime assertion and coercion activities against its neighbours, such as blocking and threatening non-Chinese vessels engaged in resource exploration and exploitation, and protecting Chinese fishing in other states’ waters.

The Award also reinforces the high seas freedoms of extra-regional states, such as the US, Japan, and Australia.  Maritime navigation is adequately protected by innocent passage rights through the territorial enclaves and seamless navigational freedoms through the EEZs and high seas of the SCS. However, the numerous territorial enclaves create a virtual obstacle course for aerial overflight.

China’s declared option of imposing an air defense identification zone (ADIZ) in the future—if implemented using these territorial enclaves—could interfere with the practical needs of overflight through the SCS, whether for commercial or military purposes. It would create hazards to commercial air traffic routes and spawn numerous opportunities for military-to-military aerial encounters. An ADIZ spanning the entire Spratly Islands would also be unjustifiable given that China has insisted that its artificial islands and facilities are intended for civilian uses and to provide public goods. An expansive ADIZ centered around these facilities would only highlight their actual military purposes.

Overall, the Award clearly establishes the basis for a fair and equitable allocation of rights and jurisdictions over the SCS: between the littoral states, it allocates exclusive maritime zones and resources among all littoral states (including China) based on their coastal frontage and opens an area of international commons from which they can all benefit. It also accommodates the interests of external user states by maximizing the areas for the exercise of high seas rights and freedoms with due regard to coastal states jurisdictions. The reduction of the area of legitimate disputes into scattered enclaves pose continuing but not insurmountable challenges. The Award lays down the conditions and points in the direction of a just and equitable resolution of the SCS dispute that’s fair for all states.

For all practical intents and purposes, the ball is now on China’s court: should it persist in its attempt to impose its will through unilateral assertion and coercion activities that have been clearly determined to be illegal, or should it adjust its policies and recognize the equitable balance of maritime rights and interests prescribed by international law binding on all states?

China’s response will determine whether its long-term regional and global aspirations can still be achieved on the basis of mutual acceptance, accommodation, and cooperation with willing and trusting neighbors and partners in accordance with known rules, or shall be denied due to suspicion and rejection by an international community wary of unilateralism, expansionism, and domination by a rising great power. Philippines v. China has ended and placed China on a geopolitical crossroads that will undoubtedly determine its future.