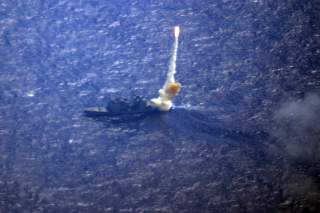 Yesterday’s hearings by the Senate Armed Services Committee on cyber threats highlighted the fact that the United States is at war on multiple fronts with Russia, China and several lesser powers. This is not a war in the traditional sense. It involves continuous cyber intrusions into all aspects of American life: politics, economics, governance and the military. Think the alleged Russian hack of the Democratic National Committee and the Chinese penetration of the Office of Personnel Management. It involves a massive information warfare campaign, once called propaganda, against U.S. and allied policies and institutions. One of the witnesses at the hearings, the Director of National Intelligence, Lieutenant General James Clapper, called out the Russian state-owned news network, RT, which operates in the United States, as a source of disinformation and propaganda. The goal, according to another witness, Cyber Command/National Security Agency head, Admiral Michael Rogers, may be to cause American citizens to lose confidence in the information they receive from government and private news sources. There have been accusations that Russian intelligence agencies are funding political parties in Europe.

These ongoing attacks on our networks, infrastructure, media and information sources are part of a larger pattern of conflict which has been called hybrid warfare or warfare in the grey zone. The hybrid warfare banner covers a wide array of attacks against or exploitation of political, economic, legal and religious activities and organizations including political parties, front organizations, media outlets, critical infrastructure, religious entities, social clubs and non-governmental organizations. The idea of war in the grey zone encompasses both non-traditional or hybrid modes of conflict but also actions in the political, economic, legal and social spheres where so much of the competition for political and even military advantage is being sought.

What is termed asymmetric, hybrid and grey zone conflict is classic state-on-state or even non-state actor-on-state politics and subversion that often were the preludes to war. Russia’s current campaigns to undermine the United States’ and NATO’s will to resist their activities in Eastern Europe are taken almost directly out of the Soviet playbook. The Soviets sponsored all sorts of terrorist groups and proxies (e.g., Cuban forces in Africa). Is that any different than Iran supporting Hezbollah and Hamas? Does anyone remember the Soviet political campaign to prevent the deployment of Pershing II ballistic missiles and ground-launched cruise missiles to Europe? We found out after the Cold War ended how deeply penetrated Western European political, administrative and security apparatuses were by Soviet and Eastern European intelligence services. But we are surprised that Moscow had been penetrating and subverting the Ukrainian government and military.

So what is new in all this? Two things. First, we are not merely ill-equipped to fight hybrid wars and engage in grey zone conflicts but we lack a consensus on the nature of the fight, the goals of our adversaries or the rules of engagement. The communications revolution caused by the explosion of information technology has changed how both societies and military forces operate. The “militarization” of the information space by states and non-state actors seeking advantage through the exploitation of social media, global communications, news networks and the like is possibly the most significant new feature of hybrid warfare. The U.S. government and military leaders have little experience with employing/exploiting the tools of the IT revolution as part of a strategic influence campaign.

The second change is one of attitude or mindset, ours more than that of our adversaries. The last time the United States was in a declared conventional conflict was more than sixty years ago. Every conflict since then has been limited in terms of this country’s ends and means. Some have been so-called wars of choice. This meant that the U.S. military was constrained with respect to both the means employed and the costs incurred. Not so for many of our adversaries. The U.S. increasingly faces adversaries of a mindset that war is a death match. They are willing to use civilians as human shields, urban terrain as their battle space, and young men and women as the precision targeting system for their weapons. When the military uses terms such as hybrid threat or hybrid strategy, they are referring to an adversary or group of enemies with old world attitudes towards combat and bloodletting armed increasingly with new world technologies.

The hearing made clear that this country lacks not only a strategy for fighting this new kind of war but even the clear recognition that the war is on. Judging by the behavior of the Obama Administration, it is not even clear that we have the will to take up the fight. Just look at its tepid response to the Russian hack of the DNC and the non-response to the Chinese theft of massive amounts of information from the OPM.

The U.S. faces conceptual, operational, organizational, legal and technical challenges in dealing with hybrid/grey zone strategies and tactics regardless of whether the adversary is Russia, China, regional actors or terrorist groups. First and foremost, there is no common agreed definition or understanding of terms such as hybrid warfare or grey zone. Also, there is no agreement regarding the nature and magnitude of the hybrid warfare threat. Second, the U.S. understanding of hybrid operations limits them to the period prior to conflict.  Our leaders have not come to the realization that hybrid activities are in themselves a form of warfare and will be conducted in all phases of a conflict. Third, there is no common strategy or organizational construct for conduct of either defensive or offensive operations in a hybrid conflict or within the grey zone. For all the talk in U.S. defense plans about “whole of government” approaches to conflicts short of war, there is no agreement on what to do, how to do it or who should lead such efforts. Fourth, there is a lack of adequate authorities and appropriately defined responsibilities to support U.S. hybrid operations. Finally, the U.S. military, security organizations and intelligence community lack the tools, trained operators and experience to successfully conduct defensive operations against hybrid actions.

The challenges posed by hybrid strategies, particularly as practiced by Russia, are both political and military. Responses need to be in both spheres. The political challenge is perhaps the more difficult because it requires that the West accept the reality that Putin views them as an existential threat to his regime and his country. It also requires offensive measures equal to or greater than what we do to defend our networks, critical infrastructure and information sources. Admiral Rogers warned the Committee that a defense-only strategy would fail. So, this means that the West must respond to the Kremlin’s efforts to use non-traditional/military means to destabilize the U.S. political system, NATO and the European Union (EU) with similar measures against Russia and its allies.

The United States, NATO and the EU need to invest in an array of public information assets for the purpose of countering Russian disinformation warfare and deception operations targeted at the nations of Europe. There have been some efforts in this regard with respect to cyber threats. NATO and the EU need to set up information cells to track Russian disinformation campaigns. These cells should also possess a quick reaction capability to rapidly counter Russian disinformation and propaganda. A number of European nations have national legislation or regulations designed to ensure that information carried in the media is reliable and objective. The penalties for knowingly providing false or misleading information should be made tougher and include not only fines but suspension of licenses to operate. Beyond these things, efforts to combat corruption, improve effective and honest governance, build credible partnership capacity and integrate minorities need to be significantly increased. Lieutenant General Clapper talked in the hearing about creating a U.S. Information Agency “on steroids” to fight the information war.

At the hearing, Senator Lindsey Graham accused the Obama Administration of throwing pebbles at Moscow, saying that he wanted to throw a rock. Well here is a big rock. A Western version of WikiLeaks directed at exposing corruption and the criminal behavior of the Russian elite could have a devastating impact on the Kremlin’s domestic credibility. Russia is expected to continue to refine and improve its techniques for information operations, including expanded use of social media. It would make tremendous sense for the West to exercise its enormous capabilities to do the same to Russia.