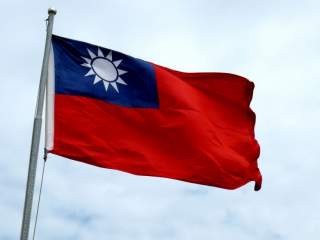 Taiwan's political landscape is being transformed. On Nov. 29, the ruling Kuomintang (KMT) suffered a massive defeat in local elections, in which it prevailed in only six of 22 cities and counties nationwide. The KMT debacle triggered a personnel reshuffle in the party and the government. President Ma Ying-jeou of Taiwan resigned as chairman of the KMT and former Premier Jiang Yi-huah led his Cabinet to resign en masse. Some Taiwan watchers insist that the election results are of great impact for cross-Strait relations, anticipating a rocky cross-Strait relationship because the KMT has lost its mandate to push cross-Strait exchanges. The KMT's crushing defeat may reflect strong dissatisfaction toward the central government, but it isn't clear if the election results reject President Ma's policy of engaging China and back the DPP's pro-independence policy.

These were local elections, which implies at least that the key issues were local, not President Ma's cross-Strait policy. In a post-election survey released by Taiwan Thinktank, 43 percent of respondents reported that their voting decisions were based on "candidate's personalities," a factor topping all other options in the survey. The second factor was "people's discontent toward the central government," accounting for 25.1 percent of respondents. "Party identity" - which would account for China policy - was third in the survey, with less than 10 percent of respondents regarding it as decisive for their voting behavior.) So while even though the election outcome can be interpreted as a vote of no confidence in the government, it is not correct to blame dissatisfaction toward the government on its China policy rather than domestic issues. The salience of food-safety scandals and concerns about Taiwan's economic competitiveness are also important factors.

There has been concern about President Ma's cross-Strait policy. Increasing anxiety related to Taiwan's "over-reliance" on China was revealed by mass protests in March 2014 against a planned cross-Strait Trade in Services Agreement (TiSA). Those frustrations, however, do not equate with a complete rejection of Ma's push for closer economic ties with China. Three months after the March protests, a survey by Taiwan Indicators Survey Research (TISR) indicated that as many as 43.3 percent of respondents supported the KMT push for cross-Strait trade liberalization. Even after KMT's defeat in the recent election, a poll conducted by the Beijing-based Global Times and the Taipei-based China Times showed that more than 63 percent of respondents in Taiwan believe that the island should pursue trade pacts with China. In fact, the March demonstration protested passage of the TiSA by the KMT without a clause-by-clause review, a protest against the government's failure to communicate with the public on the content of the trade agreement. Thus, the stalled free trade agreement with China is more a rejection of the Ma administration's approach to the TiSA than a denial of the intent to sign a trade agreement with China per se.

In contrast to the KMT loss, the opposition Democratic Progressive Party (DPP) won 13 of the 22 seats up for election. While it is tempting to see the election as heralding the DPP's return to national power in 2016, this neglects two critical facts.

First, while the results are favorable for the DPP, they do not mean popular support for DPP is enough to win the election. Rather, the appalling performance of the KMT accentuates the DPP's success. A public opinion poll released by TISR in December 2014 revealed that in November, supporters of the DPP-led "Pan-Green" coalition roughly equaled that of the KMT-led "Pan-Blue" coalition, with 27 percent of respondents favoring the "Pan-Green" camp and 25.9 percent backing the "Pan-Blue" camp. There is a significant and growing population of independents: 44.7 percent of respondents consider themselves politically neutral. The increasing number of independent voters suggests the 2016 presidential election results will be much more variable.

Local elections mainly focus on local issues, while a presidential election includes a wider array of policies, ranging from purely domestic issues to relations with other countries. As cross-Strait relations have improved over the past few years in tandem with a regional trend to pursue closer economic relations with Beijing, all presidential candidates in 2016 will have to articulate their "China policy." As contact with Beijing seems inevitable and peace across the Taiwan Strait is the top priority for the Taiwanese public, the KMT and DPP must convince the public that they can handle relations with China well.

To date, the DPP's China policy remains unclear. The DPP seems to recognize the inevitability of engaging China, as Tsai Ing-wen, party chairwoman, explained in September when she said that the DPP will engage China in a "consistent, responsible and predicable" way. But its fundamental policy in cross-Strait relations - a stance that rejects the 1992 consensus of "one China, two interpretations" - is unlikely to change and the party refuses to remove the pro-independence clause in its platform. This position seems to match the growing Taiwanese identity, but reconciling that identity and that policy with China's unwavering "one China" framework is the DPP's most critical task.

Emily S. Chen is a graduate student in the Center for East Asian Studies at Stanford University with a focus on international relations. This piece first appeared in CSIS: PACNET newsletter here.