Realism's Gaping Blind Spots—And How to Fix Them 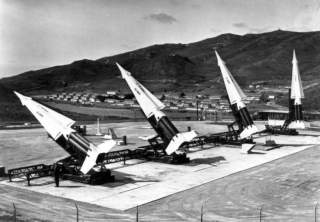 Although it has a hoary past, going back to Machiavelli and Hobbes, in its most recent incarnation, “realism” was devised as an explanatory tool primarily by American scholars of international relations and practitioners of diplomacy in the Cold War era, thus reflecting the primary concerns of its epoch. This era ended with the demise of the Soviet Union and the retrenchment of Russian power. The explanatory power of the American version of realism, which, as will be discussed, limited even during the Cold War period, was seriously undermined by the end of it.

The end of the Cold War, paradoxically, led to the simultaneous appearance both of unipolarity in the political arena, and the more dispersed nature of the distribution of power in other areas of international relations. Realism’s relevance was further eroded by the increasing salience of civil wars, the breakup of states in the Balkans and the ever-increasing danger of state failure primarily in the Middle East (but also elsewhere) that seemed to be spreading in epidemic proportions.

To be fair, one should note that “realism” is a tradition or school of thought, rather than a single theory that explains issues of war and peace in the international system. However, there are four essential elements that are widely shared by “realists” of almost all hues. First, realism emphasizes the anarchical nature of the international system that flows from the lack of a sovereign authority capable of ordering the system. This is often posited in stark contrast to the existence of order within states because of the presence of sovereign authority. Second, realists stress the concept of power (both relative and absolute) as the variable best capable of explaining the action of states in a system that is not merely anarchical, but is also characterized by huge disparities in terms of the capabilities possessed by its members. Third, the realists’ obsession with international anarchy and the centrality of power leads them to stress the role of great powers and relations among them as the most important factors that determine the level of order and stability in the international system. This is why much realist discourse is devoted to discussing the rival claims of multipolarity, bipolarity and unipolarity in terms of providing the greatest amount of international stability and, therefore, contributing to peace and order in the international system. Fourth, and flowing from the other three, realists assume that threats to a state’s security arise primarily from external sources, that is, other states. This is the classical “security dilemma” discussed at length in realist literature on the international system.

Traditional realist explanations based on these four assumptions provide partial explanations of the way the international system operates, but they fail to adequately portray the entirety of the issues of war and peace in the international system. This shortfall has become more glaring in the post–Cold War era with the removal of the overlay of superpower rivalry on most conflicts but had existed during the epoch of bipolarity as well. They fail to do so for two major reasons. First, they are unable to explain the origins of the majority of contemporary conflicts, and second, they are unable to fully fathom the variables determining the behavior, both domestically and externally, of the majority of members of international society toward issues of conflict and order, war and peace.

These two shortcomings are, in fact, inextricably intertwined with each other. Since questions of war and peace cannot be addressed without reference to the context in which conflicts occur, are managed and resolved, theorizing on the basis of inadequate knowledge of the historical and geographic contexts can be misleading at best and counterproductive at worst. Realists, especially neorealists, suffer from two problems in this regard. First, they neglect a very major part of the political universe that must form the basis of observation (the source of “data,” as scientifically oriented scholars would aver) in order to provide answers to the question of war and peace. Second, they are unable to adequately decipher the major causes of disorder in the system because they are fixated on interstate relations, and more particularly, external sources of threats to the state. Thereby, they neglect the domestic sources of instability and disorder that are the main cause of most of the conflicts bedeviling the international system today. Afghanistan, Syria, Iraq, Yemen, Libya, to name just a few provide testimony to the veracity of this statement.

This deficiency is caused by the fact that most realist scholars and commentators have a narrow Euro-American centric view of the world. The Euro-American part of the system functions primarily on the assumption that there is order within states an anarchy among them. This is, unfortunately, not true of the most members of the system who suffer primarily from internal disorder and where the major sources of conflicts have domestic roots even if in some cases they become intertwined with inter-state rivalries and great power machinations that exacerbate disorder in post-colonial countries.

In other words, they neglect to take account of the experiences of postcolonial states that form the vast majority of members of the international system. Consequently, they ignore the main sources of conflict, which are either domestic or a mix of intrastate and interstate factors, in the vast majority of cases that determine the level of order and disorder in the international system.

The dominance of domestic factors in the creation and continuation of conflicts in postcolonial societies is largely a consequence of the early stages of state making at which they find themselves. Their situation today is analogous to the circumstances in Western Europe from the fifteenth to the eighteenth centuries, when most wars on that continent were wars of state-making breaking, rather than interstate wars driven by balance of power issues (although the latter sometimes became intertwined with the former.) This is too vast a subject to treat adequately in this short article. (For those interested in the intricacies of this argument, please see my book The Third World Security Predicament: State Making, Regional Conflict and the International System.)

This disregard for the experiences of the large majority of states during the Cold War era was to some extent understandable. Most analysts of international affairs, especially in the West where much of the knowledge about international relations is manufactured, were then preoccupied with issues of bipolarity and nuclear deterrence (MAD) that seemed to threaten the existence of the human race. Paradoxically, during the Cold War almost all conflicts, or “hot wars” were located in the postcolonial world where the major powers used proxies in both intrastate and interstate conflicts to advance their interests thus exacerbating an already volatile situation. The superpowers did so in part to conduct their rivalry in less vital regions thus insulating the area of vital strategic concern, namely Europe, because direct confrontation there could escalate into a nuclear exchange.

However, continued obsession with interstate power rivalry and great power policies as explanatory factors for disorder and conflict in the international system has become inexcusable in the face of wars of state making and state breaking that have dominated the political landscape from the Balkans to the Middle East for the past quarter of a century. Unless and until scholars who swear by realism are able to revise their preoccupations with great power relations and interstate rivalries, and refocus their lenses on domestic sources of disorder, which can also produce inter-state conflicts, they will not be able to find a convincing reply to sociologist Michael Mann’s assertion that “What we outsiders really want from IR is substantive theory on its most important issue of all: the question of war and peace.”

I tried to evolve such a perspective—I do not like the term “theory” in the social sciences because it tends to indicate that it is the exclusive repository of “truth” whereas “perspectives” can build architectonically on one another—almost two decades ago and named it “subaltern realism.” It is available in three iterations in the scholarly literature, the latest in the December 2002 issue of International Studies Review. I termed it subaltern realism because while drawing upon the literature of classical realism, principally Hobbes who I consider to be primarily a theorist of domestic order, it integrates both the historical sociological literature regarding state formation as well as draws upon the contemporary experiences of post-colonial states, the subalterns, who form the majority of the membership of the international system.

I argue that this perspective has greater explanatory power than hardcore realism, represented by scholars such as Kenneth Waltz and John Mearsheimer, because, first, the universe from which it draws its data is much larger than the one realists draw upon. Secondly, it is able at the same time to decipher the principal factors behind contemporary conflicts which are rooted primarily within states, namely lack of legitimacy of state boundaries as well as of many regimes, rather than in rivalries between them. While the latter are not absent they are often fueled by state making concerns of contiguous and proximate states. The conflict over Kashmir between India and Pakistan is a good example of this phenomenon. While ostensibly it is a territorial dispute, in reality it goes to the heart of the self-definition of their respective national identities, which are important to their state-making concerns, by the Indian and Pakistani elites.

As stated earlier, I do not consider it a theory but a perspective because it accepts the validity of some of the assertions made by theorists of other orientations, including contemporary realists, and is cognizant of their contributions to the study of international relations. It is no way exclusivist in character and that, I believe, is a major strength of the subaltern realist perspective. At the same time, scholars who swear by “realism” of whatever hue must make honest efforts to accommodate the insights of subaltern realism because it will enrich their analysis and plug gaps evident in their theoretical efforts.