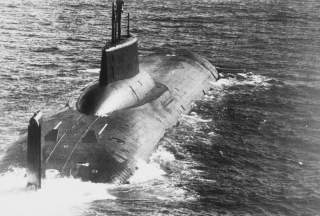 The Russians are messing with the United States. Not only did they invade Ukraine and annex Crimea in 2014, challenging what seemed a solid European security order, but their military actions in Syria often run counter to U.S. interests. They unnerve U.S. and NATO military personnel with their close, transponder-free flights, increased submarine activity, and buzzing of naval vessels. Now, to add insult to injury, they appear to be trying to influence the U.S. Presidential election, with evidence mounting that Kremlin-backed hackers accessed the Democratic National Committee’s computer network to gather and release information embarrassing to the Clinton Presidential campaign.

Why are the Russians doing these things, and how should the United States respond? In this essay, I argue that Russia’s actions are meant to center U.S. policy on itself, to recreate a bipolar global structure reminiscent of that during the Cold War. Such a relationship, however, runs counter to U.S. interests, which are much broader than Russia. This creates an imperative for Washington to craft a Russia policy designed to prevent such a stand-off from emerging, one which recognizes Russian priorities and goals and fortifies the United States and its allies against threats and provocations.

Messing with the United States is in many ways a central component of Russian strategy. Russia’s foreign policy today overtly aims to increase Russian influence and demonstrate its great power status. The Kremlin’s National Security Strategy makes clear that its first priority is, not to put too fine a point on it, making Russia great again. And the way that Russia intends to be great is not through economic growth and a rising national standard of living, but by increasing its global influence. This, in turn, it seeks to do in large part by standing up to the United States. How better to prove one is a great power than to challenge the world’s sole remaining superpower (as Russian President Vladimir Putin has termed the United States)? If the superpower responds, whether antagonistically, through cooperation, or (best case) through acquiescence, victory is attained.

In this, Russia’s narrative reflects a nostalgia for the Cold War, appropriate, perhaps in a year that marks a quarter century since the USSR’s collapse. But during the Cold War, while the average Russian’s standard of living left a good bit to be desired, the Soviet Union, with Russia at its helm, was one of the only two countries in the world that truly set the terms of global policy. Russia may not want to recreate the USSR, but both its rhetoric on regained influence and its focus on the United States suggest that it is not averse to something along the lines of a new Cold War.

This does not mean that Russia does not have specific policy interests, some at odds with those of the United States, around the world. It does. However, many of these tie back into Russia’s desire to prove itself important. In Europe, Russia wants to renegotiate the post-Cold War security and political order, which it feels leaves Moscow at a disadvantage. But the disadvantage is largely one of prestige. Despite the substantial contribution trade with a peaceful and increasingly united Europe made to Russia’s economic boom of the 2000s, the Kremlin has long seen NATO, and more recently the EU, as mechanisms meant to deny it its rightful role in continental affairs. Thus, it wants a new European security model, one that limits the role of the United States and cements Russian influence, at least on its periphery. But, perhaps paradoxically, it wants to negotiate that new security structure with the United States, not the other countries of Europe. Moscow wants to join with Washington to make a deal that determines the fates of others, an approach in line with its Cold War nostalgia.

In Syria, Russia’s interests are somewhat more complex. The Kremlin is surely genuine in its belief that the only sustainable solution is one based on the institutions of the Assad regime (if not Assad himself). It is also genuine in wanting such a solution: Russia’s fear of the spread of radical and violent Islamist extremism is real. However, not only is Moscow’s approach at odds with Washington’s “Assad must go” policy, but the fact that the United States has failed to put forward a viable alternative to the Assad system creates opportunities to embarrass the White House. Indeed, in Syria, Russia can demonstrate its importance both by standing up to the United States and by cooperating with it, at least in rhetorical terms. The latter, of course demonstrates that Washington is taking Moscow seriously and views it as necessary to any effective outcome—even when Moscow bombs facilities U.S. and allied personnel have used. Again, this echoes a Cold War model, and shows why Russia is fairly happy with how events in Syria have unfolded to date, despite the failure to move towards real resolution of the conflict.

Russian involvement in other countries’ domestic politics also fits this model, and is in line with its broader goals. After years of overt and covert efforts to influence elections in Ukraine and other post-Soviet countries, the Kremlin has become more active in the rest of Europe, and now, it seems, in the United States. Strong evidence links the Russian government to European far right political parties (as well as sometimes far left ones) that are skeptical of the value of the EU, NATO, and close ties and alliance with the United States. That is, the Kremlin seems to support foreign parties that espouse the policies that the Kremlin also favors. In the United States, the Kremlin has made no secret of its preference for Republican Presidential candidate Donald Trump, whose advisory team includes personnel with ties to Russia, who has spoken publicly of his admiration for Russian President Vladimir Putin, and who also seems to question the value of U.S. alliances and involvement in Europe and around the world. All of this has led some to speculate to closer ties between Trump and the Russian government. This seems unlikely. But there is no question that the Kremlin has seen an opening, and is looking to exploit it. The USSR also sought to support like-minded political parties abroad, though it arguably never got as close to a major U.S. political party as Moscow has this year, assuming the hacking allegations prove true.

For Washington, it is tempting to respond in kind, at least to some extent. If Russia wants to mess with the United States, the United States has quite a lot of capacity to mess with Russia. Ironically, however, a policy based simply on denying Russia its aims grants Moscow strategic victory. A United States opposed to Russia at every turn is a United States that makes its policies based on Russian interests: this of course fits the Cold War narrative perfectly. And it is dangerous not because it makes the Russians happy—it is dangerous because, unlike during the Cold War, U.S. interests today are not in fact defined by Russia. They are varied, and complicated, and perhaps in need of better prioritization. In some cases, they relate to Russia, but they are not centered on it. To behave as though they are will dangerously distort U.S. policy.

Thus, Russia needs a Russia policy, but it needs to avoid a foreign policy that centers Russia. As Washington defines its interests and goals around the world, Russian interests, including its drive for greater influence, should not be ignored. However, they cannot, in most cases, be the starting point. Moreover, any assessment of the challenges and opportunities Russia presents must evaluate not only what Russia is trying to do, and whether or not this aligns with U.S. preferences, but also Moscow’s capacity to attain its objectives.

In Syria, for instance, U.S. interests are somewhat muddled, and judgements of the extent to which Moscow’s goals do and do not align with Washington’s thus similarly opaque and perhaps a bit volatile. As a result, there is, on the one hand, real room for cooperation and, on the other, the opportunity for Russia to vacillate between seeking that cooperation and looking for ways to undermine the United States. Here, a clearer U.S. approach, one that incorporates a coherent path forward, would help define where U.S. and Russian goals and priorities truly align and misalign, the extent to which both states’ goals are attainable, and thus what degree of coordination towards shared ends is truly possible.

In Europe, the Obama administration has made the first priority for U.S. interests very clear: the NATO alliance. While Russia’s military threat to NATO member states remains minimal, the United States and its Allies have moved quickly to ensure that NATO’s explicit promise of a robust response to any attack is not called into question. In doing this, they have reassured Allies who feared that the Alliance was not as vigorous as they might hope, and thus strengthened it.

The reason that the United States wants to bolster NATO, however, is broader than the alliance. Washington wants to strengthen and preserve the peace, security, and prosperity on the continent that is critical to its own and European interests, and which makes it possible for European states to contribute to security elsewhere. Successive U.S. presidents have seen NATO, the European Union, and a strong U.S. role in Europe as the means to this end. These, of course, are the very institutions that Russia wants to revisit, because, as noted above, Moscow does not see them as contributing to a Europe where it feels secure. Russia’s actions in Ukraine are a signal of its willingness to use limited military force to attain its aims in the near term. Its apparent interference in domestic politics in Europe and now in the United States has a longer-term goal of limiting U.S. influence globally and weakening European institutions.