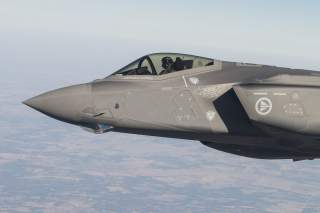 China has gained military benefits in recent years from stealing defense secrets through industrial and cyber espionage carried out by its intelligence services, according to a US congressional report.

“In recent years, Chinese agents have extracted data on some of the most advanced weapons and weapons systems in the US arsenal, such as jet fighters and unmanned submersible vehicles,” states the annual report of the US-China Economic and Security Review Commission, released on November 16.

“The loss of these and other sensitive defense technologies undermines US military superiority by accelerating China’s military modernization and giving China insight into the capabilities and operation of US weapons and weapons systems,” the report adds.

The espionage operations are not limited to direct spying activities against the United States and include intelligence collection against US allies and friends in Asia, including Taiwan, Japan, the Philippines and Thailand.

“The United States shares weapons, weapons systems, and operational plans with its allies and partners, many of whom China has targeted with espionage operations,” the report says. “These infiltrations also threaten US alliance stability.”

US intelligence agencies determined that China stole secrets relating to the F-35 jet fighter from a US contractor. The design secrets were detected in China’s new J-20 stealth fighter.

Taiwan remains a major spying target of China and, since 2002, 56 Chinese agents have been arrested there after being caught obtaining sensitive information, including about US technology shared with Taipei.

The United States is committed to defending Taiwan from a Chinese military takeover and as a result shares sensitive defense information.

“Taiwan’s strategic position in the Western Pacific makes its defensibility an important aspect of the US alliance system and strategy for the region,” the report says.

Recent Chinese cyber intelligence operations include the July 2016 infiltration by China of networks at the Philippines Department of Justice which were involved in organizing the Asia Pacific Economic Cooperation summit. Chinese hackers also broke into a law firm involved with the Permanent Court of Arbitration at The Hague, the court that ruled against China’s expansive maritime claims in the South China Sea.

In Australia, Chinese cyber spies were behind a massive intrusion into networks of the Australian Bureau of Meteorology, which provides data to the Australian Defense Department, an American treaty ally.

Japan’s National Institute of Information and Communications Technology reported that China was behind 40 percent of approximately 26 billion attempts to compromise Japanese information systems in 2014.

Chinese intelligence services have also recruited agents in Thailand and the Philippines, prompting the commission to warn that “China’s apparent shift toward more overseas recruitment and handling operations could create a greater espionage threat environment in these and other US partner countries.”

The spying activities could undermine US support for allies. For example, if Washington believes sharing information and equipment with its Asian partners comes with significant risk, the nation could hesitate to provide support in a future crisis or conflict.

The report concludes that the Chinese intelligence threat is increasing as China reforms and centralizes its intelligence apparatus and gains experience conducting spying operations.

In particular, Chinese human spying, or HUMINT, activities, “already appear to be growing more aggressive and extensive,” the commission says.

“China’s intelligence processing and communication to decision makers is likely to become more effective and efficient as the moves toward joint, integrated intelligence operations,” the report says.

The military spy agencies were the subject of a major reform effort in late 2015 that moved them from the General Staff Department of the People’s Liberation Army to a new military service-level group called the Strategic Support Force.

Chinese military technical intelligence capabilities also are growing. They include beefed up intelligence, surveillance and reconnaissance equipment and platforms that will bolster China’s ability to fight regional conflicts and to monitor and target US military forces.

The commission recommends that Congress direct the US State Department to develop educational material to alert people living and traveling abroad to Chinese intelligence activities.

The Pentagon is also directed to set up special counter-intelligence education to help US students studying in China under a Defense Department National Security Education Program to avoid Chinese intelligence recruitment efforts.

In addition, the commission calls for the Federal Bureau of Investigation to provide a secret report to Congress outlining the risks and threats posed by foreign information systems purchased by the US government.

“This report should identify information systems or components that were produced, manufactured, or assembled by Chinese-owned or -controlled entities,” the report says.

Chinese telecommunications companies, including Huawei Technologies and ZTE, have been identified by the US government as working with Chinese intelligence to provide equipment that can be accessed remotely and clandestinely.

China’s cyber espionage appears to be the most serious espionage threat, described by the commission as a major problem.

“China has a large, professionalized cyber espionage community,” the report says. “Chinese intelligence services have demonstrated broad capabilities to infiltrate a range of US national security (as well as commercial) actors with cyber operations.”