Report: Eliminating DC’s Handgun Ban Had No Effect On Homicides 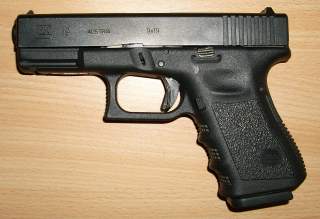 Eliminating the District of Columbia’s comprehensive handgun ban had almost no effect on homicides committed with or without such firearms in the nation’s capital, according to an analysis by The Daily Caller News Foundation’s Investigative Group.

Nearly 80 percent of all D.C. homicide victims from 2000 through 2007 were killed with a gun, city and federal data compiled by The Washington Post and analyzed by TheDCNF found. That figure dropped to 74 percent after the U.S. Supreme Court ruled in District of Columbia v. Heller that Washington’s handgun ban was unconstitutional in 2008.

But, as the graph here illustrates, the post-Heller decrease in both the annual number of gun-related homicides and all homicides extended an overall trend that began in 2002 and continued through 2012.

The post-Heller decrease was observed despite a 2013 incident in which one man killed 12 people at the Washington Navy Yard. Attacker Aaron Alexis launched his attack with a shotgun.

“I expect murders to fall,” Crime Prevention Research Center President John Lott told TheDCNF. “How they fall is a different question. The people who generally obeyed the ban were law-abiding citizens and not the criminals.”

He noted that drug gangs – which are frequently the shooters in D.C. homicides – obtained handguns regardless of whether the ban was in place.

Local officials approved a law in 1975 that made obtaining a handgun legally in D.C. virtually impossible, with long waits, multiple forms and intensive background checks. The legislation also strictly regulated how firearms of all kinds were stored at home.

But the Supreme Court decided that the handgun ban was unconstitutional and overturned the law in 2008.

Some pro-gun control advocates accepted the decision because the judges left room for local officials to approve reasonable regulation of firearms, but many others predicted D.C. residents would be less safe.

“More handguns in the District of Columbia will only lead to more handgun violence,” then-Mayor Adrian M. Fenty, a Democrat, said after the decision.

Similarly, California Democrat Sen. Dianne Feinstein said “the people of this great country will be less safe because of it.”

Then-Law Center To Prevent Gun Violence legal director Juliet Lefttwich said in 2009 that “little has changed when it comes to gun violence or gun policy in America.”

TheDCNF only analyzed homicide data. Those crimes decreased significantly in D.C. after 2008, with 45 fewer in 2009. Gun homicides alone dropped nearly 22 percent – almost identical to the decline in all homicides.

“I doubt that the shift … had anything to do with Heller,” Johns Hopkins Center for Gun Policy And Research Daniel Webster told TheDCNF. Firearm-related “homicide rates in large central metro jurisdictions” nationwide “took an abrupt downward trend following 2008.”

Also, D.C.’s homicide decline began in 2003, but has increased significantly the last two years with an accompanying increase in gun homicides. The overall total of 162 homicides in 2015 is still short of the 262 mark set in 2002, the highest for the 16-year period TheDCNF analyzed.

“What happened, ultimately, with the Heller decision was that it moved D.C. from a ban to a highly regulated environment,” he continued. “Standards for who can legally purchase and possess firearms in their homes are higher in D.C. than in any state.”

The ban, which was in place for more than 30 years, “most certainly reduced the number of guns available to criminals through theft,” Webster said. “Those conditions are relevant for public safety beyond the day that the Supreme Court strikes down the ban.”

Both Webster and Lott noted that very few new guns were registered after the Heller decision.

Lott pointed to another significant determination in the Supreme Court decision.

“The big thing that Heller had was not the handgun ban being overturned,” he said. “Heller legalized people being able to use guns in self-defense.”

Knowing D.C residents might have readily accessible self-defense firearms in their homes may also have deterred violent crimes, Lott said.