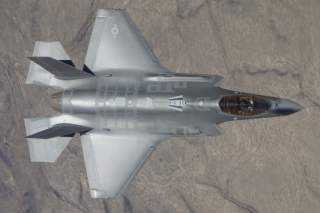 “We are practicing taking what would be a smaller contingent of jets and moving them to another location and then having them employ out of that location,” Maj. Gen. Jeffrey Harrigian, former Director, F-35 Integration Office told Scout Warrior in an interview several months ago.

Harrigian said the Air Force plane would likely deploy within several years and pointed to mini-deployments of 6 F-35As from Edwards AFB in Calif., to Mountain Home AFB in Idaho as key evidence of its ongoing preparations for combat.