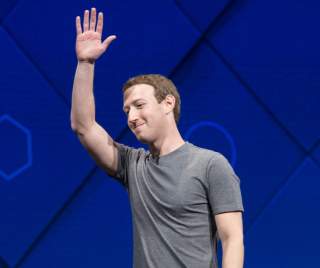 Facebook interns are making some serious bank, bringing in an average of $8,000 a month, according to the salary listing website Glassdoor.

With that average monthly intake, an intern at Facebook would make an average salary of $96,000 a year.

Bringing in nearly six figures with a bachelor’s degree, or as a college student, is a great spot to find oneself. It is also increasingly rare, even for older Americans, to reach such high earning levels, as the median household income in the U.S. was $56,516 in 2015.

To put a Facebook interns average earnings in perspective, consider the average salary of an accountant — a profession that takes a bachelor’s degree and professional certification. The median annual salary for an accountant in the U.S. was $68,150 in May 2016, according to the Bureau of Labor Statistics. That is $27,850 less than what a Facebook intern would make, on average, in a year.