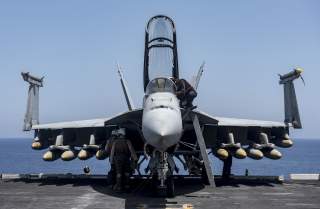 The Congressional Budget Office estimates that it will cost an additional $295 billion over the next four years to execute President Donald Trump’s plans to rebuild the military.

Its calculation was done by comparing the current Budget Control Act defense caps with the Trump budget outline. Those budget caps, established in 2011, limit how much Congress may appropriate for defense and nondefense discretionary spending through 2021, regardless of need or strategy.

The analysis of the Congressional Budget Office is based on information published by the administration on its budget request as well as public statements from the White House.

It is common for defense budget requests to include a projection of the administration’s plans for the five or 10 years. But it is also common for the first budget of a new administration to omit these plans, as was the case with the 2018 budget.

While the Congressional Budget Office’s calculation gives some preliminary data on the administration’s defense trajectory, it is not the whole picture.

The administration is currently working to craft both its national security strategy and its national defense strategy. These documents will likely be released in the near future and will, undoubtedly, have budgetary implications in the next four years.

Since 2015, The Heritage Foundation’s Index of U.S. Military Strength has documented the current state of our military. When looking over all recent editions of the index, deteriorating readiness is the main theme that emerges. Every service has experienced deteriorated readiness.

This deterioration accelerated when the Budget Control Act disproportionately targeted the defense budget for reductions, amounting to over 40 percent of all cuts that were planned under the law. A heavy price tag.

A better approach would be for lawmakers to put in place a single cap for all spending priorities, both defense and nondefense.

Regardless of the actual cost, defending our nation is the most important function of the federal government and one of the main reasons it was created in the first place. Defense should not take a backseat to frivolous domestic programs that have no constitutional basis, like government-sponsored beer festivals.

The current erosion of military readiness is similar to a car that needs an oil change. Every day you delay the oil change, you are further eroding your engine. It might keep running for a while longer, but it will eventually grind to a halt. And in the meantime, it will make some warning noises.

In the case of the military, these warning noises are the training accidents that have taken the lives of some of our service members, as well as the two ship accidents this past year.

We need to start rebuilding our military in 2018. Delaying will only make the price tag higher.