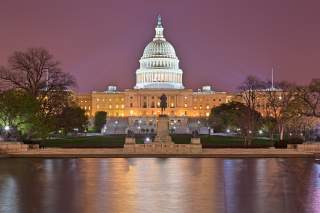 Congress has less than a week before government funding is set to expire, leaving lawmakers just days to avert a government shutdown.

Legislators on both sides of the aisle, however, have asserted they are nearing a compromise to keep the government open.

It’s still unclear whether they will opt to go with a continuing resolution, omnibus or “CRomnibus” — as legislative text has yet to be written — but appropriators maintain a shutdown is not in the cards. With negotiations well underway, GOP leadership is optimistic they will reach an agreement to fund the government through the end of the fiscal year.

“We’re still negotiating, we want to get it all done, so I’d rather finish it that way,” House Majority Leader Kevin McCarthy told The Daily Caller News Foundation Tuesday. “We’re very close finishing it up.”

While members are hopeful they can complete the process by the close of the week, several Republican aides said a one-to-two week stop-gap measure will likely come to the floor, providing members more time to pass a long-term bill.

Republicans will likely need Democrats‘ help to pass an omnibus, which has led them to soften their stance on the inclusion of a number of provisions funding parts of their legislative agenda. GOP lawmakers had hoped to use the spending bill as a vehicle to accomplish some of their top priorities, including cuts to funding for sanctuary cities and Planned Parenthood. They also face the obstacle of whether to fund Obamacare’s cost-sharing subsidies, a sticking point for a large number of Democrats.

Congress is moving closer to an agreement on a short-term deal now that Trump said he’s open to delaying funding for the border wall, according to Democratic Rep. Jim Langevin of Rhode Island. He believes the CR will be constructed in a bipartisan manner and will likely clear the way for them to come together on an omnibus. Ho noted it’s unlikely, however, that they will come together on a longer-term measure by the end of the week.

While Trump has dropped his demand to fund the border wall using the budget, Langevin has heard murmurings that Republicans hope funding to increase border security in other ways may be included in the spending bill.

“We’ve been hearing, the more that comes out about negotiations, that there may be additional funds in there for technology and border patrol agents — which is fine, we need to do more to secure our borders, I just don’t think a wall is the right way to do it,” Langevin told TheDCNF. “But I’m all for using things like drones or other forms of technology, having additional personnel on the border, I think those are positives and I think we can work together on ways to strengthen our border security.”