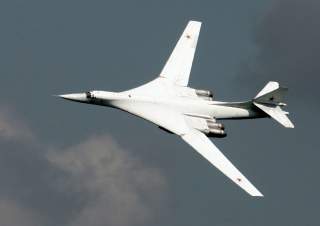 As North Korea continues to sharpen its ability to launch nuclear-tipped missiles aimed at the American Homeland, U.S. ballistic missile defenses have been deployed to match the rising threat. Unfortunately for the United States and our allies, a greater threat is a “sucker punch” from cruise missiles.

With the advent of long-range nuclear-armed intercontinental ballistic missiles in the 1960’s, the United States Homeland was at minimal risk of surprise attack thanks to the accompanying concept of Mutual Assured Destruction (MAD). The Cold War conditions of an assured second strike underlying the concept of MAD held true until the nuclear weapons “club” included politically unstable, “rogue” nations like North Korea, and potentially Iran. Fielding a force of ballistic missile defense ships and ground-based interceptors has at least marginally plugged the vulnerability gap in the face of Kim Jong Un’s unpredictability and determination to field nuclear-capable weapons that can reach Washington DC. Today’s scramble to expand our current ballistic missile defense capability makes President Reagan’s never built Anti-Ballistic Missile program seem prescient.

As appalling as it sounds, a ‘surprise’ ballistic missile attack launched from halfway around the world offers no guarantee of success and is probably not the surest way to inflict a crippling wound to the United States. Our missile defense system may well prevent missiles from reaching our homeland.

That does not make us invulnerable. Low flying, long range, heavily armed, air-breathing cruise missiles push the boundaries of current self-defense for even the most well-armed and well-defended nations, including the U.S.

Unmanned Aerial Vehicles, “drones,” have been used in warfare for seven decades. Germany first used them effectively during World War Two with V2 attacks on London. Variations of these deadly one-way missiles have proliferated while becoming accurate, more lethal, and available to almost every nation with the money to buy them.

Some think of today’s drones as long range, sophisticated sensors or highly-armed tools of modern warfare. “Predator,” “Guardian,” and “Global Hawk,” are all household names the parlance of national defense.

Even small recreational drones - recoverable, reusable, and cheap – have the potential to become weaponized, keeping federal state and local law enforcement officials – to say nothing of the U.S. Secret Service - up at night.

Tomahawk and Harpoon are two U.S. cruise missiles that have been in the U.S. arsenal for four decades. Their effectiveness relies on their ability to fly at very low altitudes, using pre-programmed routes to attack pre-programmed or even up-linked targets, making them among the most versatile, flexible, and lethal weapons in any arsenal. Tomahawk remains the top choice of Generals, Admirals, and Presidents for delivering precision attacks and are used with regularity and impunity to strike enemy targets.

There’s a very good reason why these older weapons remain in the arsenal. They are comparatively cheap, they fly long distances, and they work. Their proven effectiveness is directly related to their being very hard to defend against. You cannot kill what you do not see. And with Tomahawk and other modern cruise missiles, you usually cannot see them until it is too late.

Russia, China, and NATO allies all have extensive offensive cruise missile capabilities. In fact, it’s difficult to find any credible military force that doesn’t own sophisticated cruise missiles. Cruise missiles are mobile, everyone has them, and they’re also tough to stop.

Cruise missiles may be disguised, hidden in what might appear to be a harmless shipping container, concealed on any vessel from a tramp steamer or a large yacht. Given how the U.S. Navy and Coast Guard are increasingly challenged to meet operational commitments, a cruise missile barrage on coastal cities like Boston, New York, Philadelphia, Norfolk, Charleston, Jacksonville, Miami is entirely plausible. And that’s only the East Coast. As with the terrorists who controlled airliners on 9/11, a determined adversary could carry out a coordinated surprise attack on the American cities, nuclear power plants, population centers, military installations and critical infrastructure from shipping lanes in international waters. The result would be a nightmare scenario even if only part of an attack succeeded. Add to that a low-tech dirty bomb, chemical or biological weapons, and the scenario goes from bad to much worse.

America is not the only country vulnerable to a ‘low-tech’ cruise missile strikes by a rogue nation or non-state actors. Western Europe, already a target of individual terror attacks would be a satisfying and vulnerable ‘soft target’ to a determined adversary. The existential threat to Japan and Korea is a given.

Countering the cruise missile threat is neither easy nor cheap. Some anti-cruise missile capability exists for the National Capital Region, but for the rest of the country, adequate defense is uncomfortably thin.

Some elements of a networked anti-cruise missile defense network do currently exist, but they are only fragmentary solutions. Much has been written about the troubled JLENS program, a tethered long-range airborne radar designed to detect low flying threats. However, that’s far from adequate and full of coverage gaps.

Interceptor technology like Israel’s Iron Dome, the Standard Missile 6 that is being developed for deployment at sea, or similar technology could exist as part of a networked solution to defend the Homeland.

Sadly, after investing billions of dollars in defending against the possibility of ballistic missile attack, our ability to take out cruise missiles inbound to the United States does not exist in any robust capacity. Whatever the solution, the Department of Defense needs to begin by establishing a program of record for cruise missile defense. Doing nothing invites another 9/11 –style “sucker punch,” except the effects could be far more devastating.