Revealed: 50 Years Ago, a Top-Secret U.S. Base Was Overrun By Elite Vietnamese Commandos 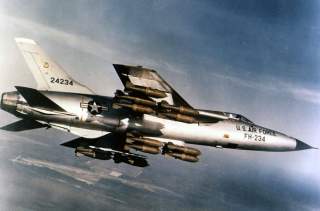 In a tragic postscript, Etchberger would be posthumously nominated for the Medal of Honor, but would have the request denied by the Air Force due to the need to maintain the secrecy of the U.S. air war in Laos, which would actually escalate under the Nixon administration and be exposed with the release of the Pentagon Papers. The United States dropped one ton of bombs for every person living in Laos, delaying but not preventing, the eventual communist victory in 1975.

Only thirty years later did the United States officially acknowledge the battle at the clandestine site. Etchberger would finally be awarded the Medal of Honor in a ceremony on September 1, 2010. Earlier in the 2000s, Vietnamese veterans of the battle helped U.S. military personnel locate the remains of airmen that had been cast over the side of the cliff, and later those of Major Barton as well.

Preserving the memory of shadowy episodes like the battle of Lima 85 may not heal the wounds of the past, but it can help bring about an honest reckoning of the mistakes that were made and inspire reflection as to how to avoid repeating them in the future.