Revealed: How to Wage War Against the Islamic State Online 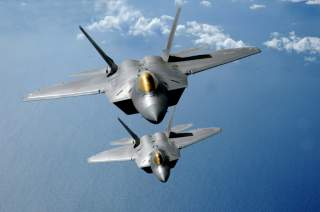 The media frenzy surrounding the rise of the Islamic State (IS) focuses heavily on the United States’ military strategy. But since IS’ influence transcends the battlefields of Iraq and Syria, it is equally important that the United States develop a coherent strategy to counter the group’s social media reach. The twenty-four-hour news cycle and the Internet plaster IS’ horrific beheading videos everywhere. President Obama’s July 6 speech at the Pentagon on his strategy to combat IS, as one example, enjoyed only a fraction of the media coverage IS beheadings have received.

In his remarks, Obama stressed the importance of a strategy to counter IS’ ideology that goes beyond a military strategy. However, the administration still hasn’t announced concrete measures to counter IS’ social media campaign.

The European Union has attempted to address this weakness through a new task force. But the so-called European Union Internet Referral Unit (EU IRU) will not make any real progress in its online efforts against IS because the unit’s objectives are misplaced. Europol Director Rob Wainwright stated that the aim of the EU IRU was to track and remove IS-affiliated online content. Rather than working with social media companies to create a counter narrative online, an area in which governments are particularly ill equipped, the EU plans to play a futile game of whack-a-mole, trying to take down the ringleaders of 90,000 IS-affiliated Twitter accounts.

How to Fight IS Online

Although it is tempting to take down the websites and social media accounts of those spreading IS ideology it is impossible to stop these ideas from cropping back up with new accounts. The nature of the Internet has fostered a new kind of guerilla warfare, one in which IS can recruit people from all over the globe. It is clear there is no simple solution, but here are two ways the EU and the United States could combat IS through social media:

First, take advantage of open-source intelligence. The EU should not take down IS-affiliated accounts or posts but instead work with the private sector, specifically social media companies, to use IS’ own posts against them. Using social media as a tracking device and window into the organization could be more harmful to IS than they anticipate. Even if it were possible, attempting to take down every tweet or “selfie” would prevent the US military and its allies from exploiting IS’ mistakes just as US warplanes did in June when they took out a command-and-control building a day after its location was revealed in a social media posting.

Meticulous analysis of the content, timing, and frequency of postings could help illuminate or even predict locations, movement, deaths, and other patterns that would be invaluable to the forces fighting IS on the ground. The Atlantic Council’s report “Hiding in Plain Sight,” where experts used geotagging to pinpoint the location of Russian troops and weapons in Ukraine, showcased the enormous value of meticulous open-source intelligence. Geotagging and other techniques, coupled with big data analytics, could reveal decisive information such as what role online ringleaders play in the organization offline, or clues to future IS attacks.

Plenty of attention and personnel and large budget are devoted to the military strategy to take on IS. The EU IRU will only have fifteen experts working on social media. The EU should devote more resources to this unit and realign its objectives to track and study the motivations and modus operandi of the ringleaders they find on the web. And the United States would be wise to follow suit, allocating more manpower and leveraging open-source social media analysis that private social media companies have already mastered.

Second, rather than reactively taking down accounts with the help of private social media companies, use their expertise to construct a social media counter narrative campaign. US intelligence agencies should devote their energies to identifying and monitoring potential foreign fighters or homegrown terrorists, but the United States and its allies equally need to focus on educating the larger portion of the population that ostracizes the potential terrorists. The United States should spend more time and money promoting understanding and acceptance of Muslim communities.

IS propaganda will continue to draw a limited number of recruits. But the best way to stop foreign fighters from ever leaving their home country or coming back from the battlefields to plan attacks at home is to create an environment that is more accepting than the rhetoric they see online. This, at the very least, should be at the top of the agenda when policymakers discuss how to stop IS’ long-term goals.

It’s not enough to have the media’s incessant reminders of the horrors that is IS. We need to shed light on the positive aspects of the Muslim community and other minorities in our countries. Social media is the best avenue through which to start that pursuit.

Alexa Lipke is an intern in the Transatlantic Security Initiative of the Atlantic Council’s Brent Scowcroft Center on International Security.