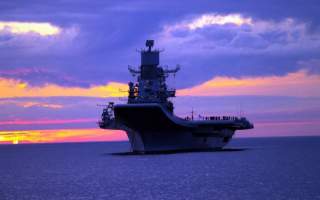 On a March 2015 trip to Seychelles and Mauritius, Narendra Modi outlined a bold framework that overturned the political approach that India had taken towards the Indian Ocean for half a century.  Beginning in the late 1960s, Prime Minister Indira Gandhi asked all major powers to withdraw from the Indian Ocean out of concern for great power rivalry. This approach fit with India’s self-perception as a non-aligned and Third World state, and its desire to be economically self reliant and to distance itself from the British Raj, which had long been the central security provider in the Indian Ocean.

The context which gave rise to the Gandhi approach began to change in the 1990s, as India embarked on a policy of economic globalization and ended its military isolation. India’s new maritime imperatives did not, however, translate into a vigorous national strategy. India’s approach was weighed down by a lack of coherence, political ambivalence, and above all, persistence of a continentalist mindset in Delhi’s security establishment. The top political leadership still had neither the time nor the inclination to lay out clear goals for the Indian Ocean or the maritime space beyond. China, much like India, had long had a continentalist obsession. As China began to build a blue water navy and put its weight behind its own maritime vision for the Pacific and Indian Oceans, however, Delhi was forced to consider the implications for its own maritime security.

India’s previous United Progressive Alliance (UPA) government took a number of new initiatives on the Indian Ocean. It sought to inject renewed dynamism into the moribund Indian Ocean Rim Association that was set up in the 1990s to promote regional cooperation in the littoral. It launched the Indian Ocean Naval Symposium that convenes all the naval chiefs in the littoral for professional exchanges and engagement to promote maritime security. Delhi also initiated a trilateral security arrangement, coordinated at the level of national security advisers, between India, Sri Lanka and Maldives in 2011 to expand maritime security cooperation. Yet, as in so many areas, the UPA government did not have the energy to pursue these initiatives with urgency or purpose. Modi’s recent visit to the Indian Ocean islands has promised to plug that gap between good ideas and their implementation.

(Recommended: China: Getting Ready to Dominate the Indian Ocean?)

Modi’s first principle is that Delhi will do whatever may be necessary to secure India’s mainland and island territories and defend its maritime interests. Since the terror attack on Mumbai at the end of November 2008, Delhi has been acutely conscious of the potential terrorist attacks coming via the sea. At the same time, Delhi has also been deeply aware of the growing strategic significance of the Indian Ocean in global politics. While the primary focus is on India’s own interests, Modi said, Delhi will “will work to ensure a safe, secure and stable Indian Ocean Region that delivers us all to the shores of prosperity.”

The second dimension of Modi’s framework focuses on deepening security cooperation with regional partners. India has long had close security partnerships with both Seychelles and Mauritius; Modi now wants to elevate these. In Seychelles, Modi announced the gift of a second Dornier aircraft for maritime monitoring, signed an agreement for conducting hydrographic surveys, and launched a coastal surveillance radar project. The radar initiative is part of an ambitious project to build a maritime domain awareness network across the Indian Ocean. It calls for the establishment of eight surveillance radars in Mauritius, eight in Seychelles, six in Sri Lanka, and ten in Maldives. These will be linked to over 50 sites on the Indian coast and connected to an integrated analysis center near Delhi. In Mauritius, Modi attended the commissioning of the Indian-made offshore patrol vessel Barracuda, marking his commitment to maritime capacity building in small island republics. He also announced agreements to develop infrastructure for connectivity in the Assumption Island in the Seychelles and Aga Lega in Mauritius. These are likely to strengthen the defense capabilities of the two republics and give India a valuable foothold at critical locations in South Western Indian Ocean.

The third level of Modi’s framework relates to building multilateral cooperative maritime security in the Indian Ocean. Modi said India will help strengthen regional mechanisms in combatting terrorism and piracy and responding to natural disasters. He expressed the hope that Mauritius, Seychelles and other countries will join the trilateral security initiative it already has with Maldives and Sri Lanka. This sets the stage for very productive multilateral maritime security cooperation in the littoral with India at the core. According to some analysts, India’s access to strategic facilities in Seychelles and Mauritius marks a major departure from its traditional opposition to foreign military bases. Although calling these arrangements “bases” might be premature, they point to future possibilities for an expanded Indian strategic footprint in the littoral.

In Seychelles, Modi announced a joint working group to expand cooperation on the “blue economy” that will increase littoral states’ understanding of ecology, resources, and allow them to harness the ocean in a sustainable manner. He also demonstrated considerable sensitivity to climate change concerns in the island nations.

Finally, Modi has discarded India’s longstanding reluctance to cooperate with other major powers in the Indian Ocean. While insisting that Indian Ocean states hold the primary responsibility for peace, stability and prosperity in those waters, Modi indirectly referenced the role that the United States plays in the region through dialogue, exercises, economic partnerships, and capacity building efforts.  There can be no doubt that Modi has made a decisive break from the ambivalence of the UPA government. This was evinced during the recent visit of U.S. President Barack Obama, when Modi and Obama announced the renewal of their defense framework agreement and signed a broad framework for expanding cooperation in the Indian Ocean and Asia-Pacific.

In Mauritius, Modi reinforced this framework when he declared that “our goal is to seek a climate of trust and transparency; respect for international maritime rules and norms by all countries; sensitivity to each other’s interests; peaceful resolution of maritime issues; and increase in maritime cooperation.”  While signaling a new approach to America, Modi has, however, also left the door open for China. His openness towards the U.S. might actually improve Delhi’s strategic bargaining position with Beijing.

In sum, there is no doubt that Modi has embarked on a more ambitious foreign policy in the Indian Ocean. He is determined to build on India’s natural geographic advantages in the littoral. Modi’s India is no longer hesitant about taking a larger responsibility for securing the Indian Ocean and promoting regional mechanisms for collective security and economic integration. It is confident enough to collaborate with the United States in self-interest and engage China on maritime issues with greater self-assurance. Yet it is important to remember that Modi’s vision is only the first step towards rejuvenating Delhi’s Indian Ocean strategy. Modi’s policy will face the familiar test of implementation where Delhi has had multiple problems in the past.