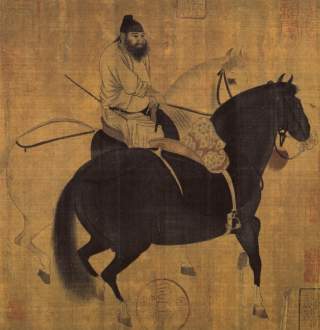 As far as the Japanese are concerned, contemporary explanations for these sentiments are rooted in the perception that China continues to exploit historical tragedies for political purposes. Despite obliging and conciliatory post World War II behavior, ODA and other assistance, China continues to criticize Japan for being unrepentant and unapologetic for its imperial past. It also has sincere concerns over China's military expansion and intentions in the East and South China Seas.

Prime Minister Abe is keenly aware of the challenge China's re-emergence as the largest economic, political and security force in the region is for Japan's political, economic and security. They also have understood that Japanese geographic position, economic links in the region, history and rivalry with China dictate that Japan cannot isolate itself from China or the region and it cannot escape the propensities facing the region. Reading these propensities, Prime Minister Abe and his foreign policy team have chosen a foreign policy approach that these maximizes opportunities based on this propensities. This essay argues that rather than openly competing with China economically, politically or militarily, Japan’s approach is a return to Japan’s historical approach of buffering and nullifying (防范/Fángfàn/ 予防) China to enjoy the benefits of trade relations but avoid a relationship that is too close in which China could dominate Japan in the economic, political or security spheres. The term balancing and hedging are intentionally not used in the context of this essay as they convey the sense that Japan is "conducting business as usual" with China instead of what I argue is a reorientation of relations at several levels to maintain autonomy and embed its presence and influence in the region and globally through shared norms, economic statecraft and the bolstering of multilateral security networks.

The trajectory of future relations

It appears that Japanese foreign policy under Prime Minister Abe is returning to its traditional relationship with China first established after the massive cultural infusion Japan enjoyed in the Tang Dynasty. The legacy of this period of exchange is seen in the writing system that Japan uses, the architecture that Japanese enjoy, in city planning and many other political, economic and cultural areas. Another lasting legacy of this exchange is an approach to China that neither attempts to isolate itself from China nor to engage it as equals.

Japan, having understood its precarious position vis-à-vis China as early as the 9th century found it prudent to buffer and nullify (防范/Fángfàn/予防) itself against the power and might of the Sino-centric system by distancing itself from the cultural, political and economic largess of ancient China. Returning to this one thousand years old, well-practiced statecraft can ensure Japan avoids an arms race with China, maintain its post World War II pacifist tradition and continue engaging with China on its own terms while not being vulnerable to China's size and the influence that comes with that size.

Today, Japanese foreign policy makers seem to be applying a similar choice vis-à-vis China. We can see this at several different levels including economic, political and security relations.  At the economic level, Japan is both engaging and reorienting its interactions with China to secure market access, to dampen the potential for political friction affecting Japanese business profits and avoid being dominated by the expansion of the Chinese market. It is doing this at several levels.  First, as a result of anti-Japanese sentiments following territorial incidents in 2005, 2010 and 2014 which negatively impacted Japanese businesses in China, Japanese business have shifted their manufacturing strategy to one in which the Chinese production network was a platform for global exports of Chinese made Japanese products to one in which products are made in China by Chinese for Chinese with Japanese technologies. This strategy enables Japanese businesses to continue to profit from the Chinese market while importantly it insulates them from the potential problems associated with souring Sino-Japanese relations like we witnessed following the nationalization of the Senkaku Islands.

The second level has been an incremental and accelerated investment through ODA and FDI and proactive diplomacy into ASEAN. Slowly, ASEAN countries and in particular but not only Vietnam are playing a larger and more important role for Japanese manufactures. What we are seeing is Southeast Asian countries becoming the production site for Japanese products for global export including to other Southeast Asian countries. The second level in this shift has taken in consideration the increased costs of doing business in China and political risk associated with Sino-Japanese relations.

Prime Minister Abe's courage to fight against interest groups such as the agricultural lobby and join the TPP bolsters this strategy as it links Japan's economy to the other TPP members that have complementary, comparative advantages in their economies that lend themselves well to PM Abe's foreign policy and his strategy to strengthen, consolidate and secure Japan's domestic economy but also its economic autonomy in the region (read not be dominated by China).

The TPP and the strategy to expand economic investment, ties and interests in Southeast Asia and across the Asia Pacific is not only an economic strategy to prevent Chinese domination of the regional economy through initiatives such as the One-Belt One-Road initiative, PM Abe's strategy also astutely inculcates more stakeholders in the regions that are important security concerns for Japan, namely the East China Sea and South China Sea.

With that in mind, Japan's economic strategy under Prime Minister Abe to prevent being dominated by an expansion of the China dominated market has the dual role of preventing economic domination through the expansion of Japanese economic ties in the region and across the Asia Pacific. At the same time the strategy contributes to allaying some of Japan's security concerns in the region by expanding its security links horizontally (系列外交 to multilateralize security in the region.

This strategy does not mean the containment of China or moving towards a securitized relationship with China. Both are unrealistic and not in line with Japan’s interests, capabilities and World War II values. In reality, the approach is tied to Japan’s post World War II constitution and its historical tendency towards dealing with China. Japan’s pacifist constitution and deeply embedded pacifism norms means that Japan cannot use normal statecraft when dealing with hard security issues. This dilemma has led to a statecraft that employs economic ties, tools and relations to foster strong regional and global economic ties that anchor allies, friends and competitors to Japan that decrease the incentive for other modes of statecraft to be employed when political frictions or problems arise.

From the Chinese perspective, Japan's approach and in particular its strengthening relationship with the U.S. is the new U.S.-led containment strategy. They assume that Japan has little autonomy in this process and that Japan is a junior partner in the US’s rebalances strategy in the region.

I think this line of argument does not recognize Japan's historical approach to dealing with Sino-Japanese relations with the exceptional the Japan's disastrous Imperial period in which it took an aggressive, imperialistic approach in an attempt to dominate China. The current approach under the Prime Minister Abe administration can be understood as a strategy returning to Japan's traditional approach of Sino-Japanese relations that allow for limited, controlled and beneficial engagement that will buffer Japan from Chinese domination. Borrowing a colloquial expression, we can use the expression "goldilocks diplomacy" in which Japan aims to position itself in a political- economic space in which it can accrue the benefits from China while insulating itself from the inherent risks of economic success or failure of the Chinese economy.

The aforementioned buffer and nullify (防范/Fángfàn/予防) statecraft is nuanced and open to misinterpretation. The forging of strong economic, political and security ties under multilateral, highly limited frameworks needs to be carefully communicated to Chinese counterparts to avoid both countries being embroiled in a security competition. Rhetoric must be followed by actions that incrementally decrease security concerns of China. Assuaging Chinese security concerns whether they be about containment or a return to a more active Japanese diplomacy in the region are crucial to preventing an escalation in negative economic, political and security related competition.