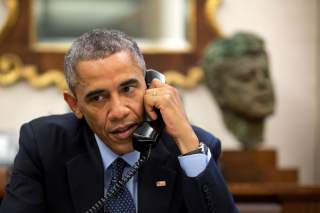 The Obama administration is responsible for thousands of new regulations—including a historic number of major regulations. As the costs of these regulations add up, they place more of a burden on economic freedom in America.

In 2015, 43 new major regulations went into effect, increasing regulatory costs by more than $22 billion, according to the latest "Red Tape Rising" study from The Heritage Foundation.

Since President Barack Obama took office in 2009, 229 new major regulations have increased regulatory burdens by $108 billion annually. But it doesn’t stop there. As the administration tries to push its agenda before the end of Obama’s term, 144 more major regulations are already in the works.

Among the biggest culprits are the Environmental Protection Agency, the Department of Transportation, and the Department of Energy. Although Congress funds these bureaucratic agencies, the rules they impose do not typically need congressional approval. Some independent agencies, like the Federal Communication Commission, are not even required to perform analyses to determine if their regulations will be cost-effective.

Not only do regulations cost American families and businesses more money, they have a damaging effect on economic freedom.

The Index of Economic Freedom, published annually by The Heritage Foundation, shows a decrease in economic freedom in the United States for eight of the last nine years. To make matters worse, since 2010, the U.S. has been stuck in the “mostly free” category, due in large part to falling scores related to business and labor regulation. In just one year, U.S. scores for business freedom and labor freedom have dropped by 4.1 points and 7.1 points, respectively.

Heritage Foundation researchers James Gattuso and Diane Katz have argued that “the unparalleled increase in regulatory burden spells a decline in economic freedom and individual liberty.”

All that red tape is piling up and Congress needs to take immediate action to prevent further growth in the regulatory burden and to restore economic freedom in the U.S.

This first appeared in The Daily Signal here