Revealed: The US Army's Lethal M4A1 Rifle Is Ready for War 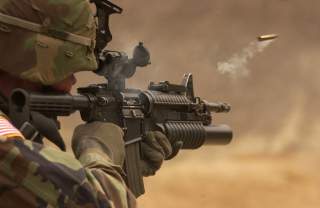 To date, the Army has completed 117,000 M4A1 upgrades on the way to the eventual transformation of more than 48,000 M4 rifles. The service recently marked a milestone of having completed one-fourth of its intended upgrades to benefit Soldiers in combat.