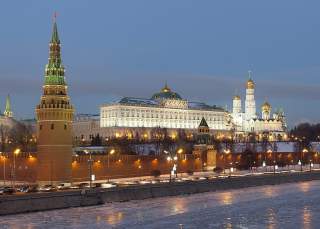 On Capitol Hill yesterday there were echoes of the closing decades of the Cold War in which first détente, then Ronald Reagan’s direct engagement with Mikhail Gorbachev prevailed in Washington’s relationship with Moscow. On Wednesday, Rep. John Conyers (D-MI) convened a panel of four experts from the recently re-founded American Committee for East-West Accord, an update on a similarly titled organization established in 1974. The four speakers, with backgrounds in diplomacy, business and academia, set out, in the words of board member and noted Russia expert Stephen F. Cohen, “to promote debate and discussion about American-Russian relations at a time when these relations are really lousy, and getting worse.”

The panel’s concerns, however, dated not from the 1970s and ‘80s, but rather were very much of the present. Borderless terrorism, the fallout from failed states and civil wars and rogue groups obtaining loose nuclear or chemical materials are threats common to both the United States and Russia. They are also threats that have been undercut by unnecessarily abrasive relations between the two countries, the panelists argued. “Much of the rhetoric today is reminiscent of the Cold War,” said former U.S. Ambassador to the Soviet Union Jack F. Matlock. “Actually,” he added, “our deepest interests with Russia are consistent.”

Former Procter & Gamble chairman and CEO John Pepper spoke of his long-standing business and personal ties with Russia. “It’s so clear that Russian men and women,” Pepper said, “really care about the same things that U.S. men and women care about, and that’s how their families grow up, safety in their country, being free from terrorism.”

Washington and Moscow have substantive points of disagreement, the panelists noted, in Ukraine and in Syria, for example. The intention was not simply to ignore these differences. Indeed, Cohen said, “the chance for a permanent Washington-Moscow partnership was lost sometime after the end of the Soviet Union in 1991, and it was lost so completely, so profoundly, that we are now in a new American-Russian cold war.”

Instead, the speakers outlined what amounted to an argument for nuance and syncopation against a steady drumbeat bringing these two countries nearer to conflict. The goal should be a realistic security partnership, Cohen explained, and one that starts from acknowledging that there were fumbles by both the United States and Russia in the post-Cold War years. In practice, this would take the form of programs the U.S. Congress had undertaken in the past, including formal meetings and exchanges between the representatives of the two countries, as well as more hearings in Congress.

The stakes go beyond simply the post-Cold War settlement, and even beyond Russian president Vladimir Putin and the issues of the moment. Duke University emeritus professor Ellen Mickiewicz outlined research into the next generation of Russian leaders, research collected from detailed surveys of the country’s top three universities. They are critical of Russian media, she said, speaking of the next generation of Russian leaders, seeking out other reports from foreign news organizations, for example. However, she adds:

“They are not cynical. They’re idealists. Patriotic in the sense of the great nineteenth-century writers. They rarely refer at all to the Soviet era. And they have no interest in empire. They are disappointed with the United States and have real fear of being targeted by bombs. A path to solution must make it clear that no such policy is contemplated.”

Risk-aversion is a key feature of this next generation, Mickiewicz said. “They have learned not to take on the possibility of what they call betrayal. Trusting is just too risky. It takes time and has to survive tests.” She pointedly added, “These are the ones who will be sitting across negotiating tables.”

Congressional hearings in the 1970s and ‘80s, Cohen said, largely revolved around the question of whether to work with Russia on de-escalation or whether that was simply not possible at that given moment. In recent years, the former has been lacking, Cohen summed up, adding that the new American Committee for East-West Accord sought to be a start at correcting this melancholy state of affairs.