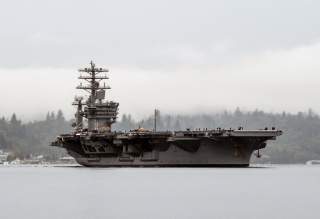 Rodrigo Duterte is a maddening, murderous maverick who’s achieved a weird feat in the South China Sea (SCS)—delivering benefits to both China and the United States. His swing towards China offers Beijing all sorts of goodies, from the possibility of a bilateral deal in the SCS to a chance to unbalance the US rebalance.

The Duterte benefit to the US is momentary and may soon be outweighed by serious damage to the alliance. Still, at this bend in the river, Duterte has given Washington one big gift—the SCS crisis that didn’t happen. The new Philippines president changed the immediate tone of the SCS argument at an otherwise dangerous moment. Sometimes the mad and bad throw up unusual chances.

As China and America ponder the shifts and shouting coming from the new president, they have a common dilemma, well encapsulated by The Economist’s judgement: “Mr Duterte is not just crass and brutal; he is alarmingly volatile.” But volatility has its uses as well as dangers in international relations. And the mercurial Duterte has certainly shaken up the SCS issue.

The fresh opening he offers China creates an important pause in a dangerous chain of events. The volatile president met a volatile moment in the SCS and actually brought the temperature down. Many feared China’s reaction after its humiliation by The Hague Tribunal. Beaten by Manila on nearly every argument, the worry was that China might lash out by beating up the Philippines—perhaps building a new base on Scarborough Shoal, seized by China in 2012 after a standoff with the Philippines Navy.

As Bonnie Glaser observed at the time of the Arbitral Tribunal ruling: “Xi Jinping has lost face here, and it will be difficult for China to do nothing. I expect a very tough reaction from China, since it has lost on almost every point.” The South China Morning Post speculated that Scarborough reclamation work could begin after China’s G20 summit concluded on 5 September, but before the US presidential election in November.

In March, President Obama reportedly drew a red line around Scarborough, warning President Xi of serious consequences if China started to build another base. Perhaps Obama’s red line worked. Or perhaps Beijing decided not to test a lame duck president during an extraordinary US election campaign. Or maybe Beijing opted to turn the other cheek to the humiliation and loss of face delivered by the Tribunal. Or Duterte’s arrival is possibly the game-changer Beijing’s after. Why not give the maverick a try?

The immediate benefit for Obama is that no red line was crossed. The president who tends to blanch and go pink when other red lines are broken can, instead, head calmly to the finish line. No need for Obama to confront China in the SCS in the last moments of his watch. Indeed, if China had started a new great-wall-of-sand island creation project, would the US have stood with Duterte in either word or deed? Imagine Washington risking war with China on behalf of a Philippines leader who promises to “break up with America” and tells Obama to “go to hell.”

Obama can accept the fleeting Duterte benefit—that confrontation with China hasn’t (yet) happened—and head for the door. President Hillary can have the task of wrangling with the maverick who could wreck the alliance. If it’s President Donald, he’ll happily say ‘go to hell too’ and declare the alliance a bankrupt business. Such a business-like response from Trump would be apt, because Duterte has a lot of business he wants to do with China.

An excellent interpretation has been offered by an Oz Asia hand, Mack Williams, who was Ambassador to Manila from 1989 to 1994 during the last alliance bust up, when the Philippines was booting the US Navy from Subic Bay.

Williams explains the Duterte plan in language far more reasonable than the president seems to manage. He lists the key factors that’ll influence the way Duterte handles the SCS dispute and, especially, China:

- the Philippines–China relationship is also longstanding and complex, with local Chinese dominant in business—often camouflaged by non-Chinese names.

Duterte sees much that he wants in China; the feeling is mutual. China has been deeply frustrated that it can’t translate economic might into clear strategic gains in Southeast Asia. The island creation splurge can be read as an expression of rage and frustration as much as an assertion of power: We’re big and strong and the top dog around here, but we can’t get no respect!

Duterte offers China tantalising prospects: the bilateral deal it has always sought in the SCS and a weakening of the US alliance structure. At last, Beijing would be getting the sort of shift it wants—using the power of money to create strategic power.