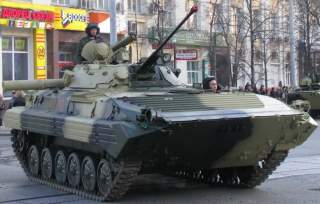 Russia is in discussions to conduct joint military exercises with North Korea and Cuba, a senior Russian military official announced on Saturday.

Valery Gerasimov, the chief of staff of the Russian military,  made the announcement on Saturday at a meeting attended by all the top service chiefs as well as the Russian defense minister, Sergey Shoygu.

“We are planning an expansion of the communication lines of our military central command. We are entering preliminary negotiations with the armed forces of Brazil, Vietnam, Cuba and the Democratic People’s Republic of Korea,” Gerasimov said, according to a Newsweek report.

He added: “We are going to conduct a series of joint naval and air force exercises, as well as joint drills of our ground troops and air assault troops.”

Newsweek quoted Steven Pifer, the former U.S. ambassador to Russia and currently a senior fellow at the Brookings Institution, as saying that the move was likely aimed at proving that Moscow isn’t isolated on the world stage.

“The Russian military may be reaching out to other countries as part of Moscow’s effort to show that it is not isolated.”

Pifer also doubted that North Korea and Russia would actually conduct joint drills together. “I’d be astonished to see Russian and North Korean troops training together.”

However, Cho Han-bum of the Korea Institute for National Unification, a think tank funded by the South Korean government that focuses on Korean issues, did not find the notion particularly farfetched. “Russia and the North have common interests in that Russia wants to resist U.S. pressure and the North opposes the joint South Korea-U.S. exercises,” Cho was quoted as saying by The Chosun Ilbo, a South Korean daily.

Indeed, Russia and North Korea have been strengthening ties in recent months, and had previously suggested they’d increase mil-to-mil ties this year. Back in November of last year, Choe Ryong-hae— North Korea’s unofficial number 2— traveled to Moscow as Kim Jong-un’s special envoy, where he met with Russian President Vladimir Putin and Foreign Minister Sergei Lavrov, among other Russian officials.

In reporting on the trip following Choe’s return, North Korea’s Party-run daily Rodong Sinmun said: “The two sides reaffirmed their commitment to enhancing exchange and cooperation in 2015 in the political, economic, and military fields, and others.”

Notably, General No Kwang Chol, vice-chief of the General Staff of the Korean People's Army, also traveled to Moscow as part of Choe’s delegation. While there, he met with his Russian counterpart, Andrei Kartapolov, and the two military officials had “a wide-ranging exchange of views on putting the friendship and cooperation between the armies of the two countries on a new higher stage,” according to a report by North Korea’s state media.

This year marks the 70th anniversary of the end of World War 2 when Soviet forces liberated North Korea from Imperial Japan’s brutal occupation. Kim Jong-un is expected to travel to Russia in May to participate in celebrations for Victory Day (the anniversary of the defeat of Nazi Germany).

Besides military cooperation, Russia also sees North Korea as crucial to its plans to ship natural gas to South Korea via the North.