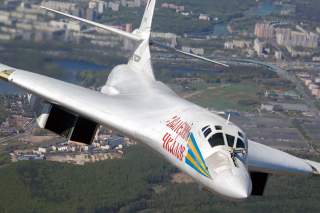 Essentially, in the Russian view, the future of war lies in a combination of advanced unmanned aerial vehicles (UAVs) and space-based systems coupled with next-generation cruise missiles and other long-range weapons. But future wars will also include economic, political and information warfare components in addition to traditional military power.

"The objects of the economy and the state administration of the enemy will be subject to immediate destruction, in addition to the traditional spheres of armed struggle, the information sphere and space will be actively involved," chief of the Russian General Staff Gen. Valery Gerasimov told an audience at a defense conference according to the TASS news agency.

To fight a new kind of war, Russia will have to integrate ISR capabilities with long-range precision strike weaponry.

“In order to ensure the promptness and continuity of the fire impact on the enemy, reconnaissance, strike and reconnaissance fire contours are created, integration of reconnaissance information and information-control systems with weapons systems of types and arms of troops is carried out," Gerasimov said. "Work is underway to create an interspecific automated reconnaissance and strike system, which should result in a 2-2.5 fold reduction in the timing parameters of the solution cycle from reconnaissance to target destruction, with an accuracy of 1.5-2 times the accuracy of the defeat, will expand the capabilities to establish high-precision weapons.”

To accomplish its goals, Russia will have to invest in new unmanned aircraft that can survive in highly contested airspace, Gerasimov said. But along with those new systems, Russia will need new command and control systems and ways to automatically process and analyze the data that has been gathered.

“The development of modern means of combat command and control integrated into a single information space is being carried out, and the new system for modeling the armed forces has been developed," Gerasimov said. "The level of automation of the processes of gathering and analyzing information about the situation, planning of hostilities, is increasing due to the introduction of a unified automated command and control system at the tactical level.”

The takeaway for Western analysts is that Russia is focusing more on long-range ISR capabilities.

“The big takeaway is that Russia is finally and openly acknowledging the importance and irreplaceability of unmanned systems in future conflicts,” Center for Naval Analyses researcher Sam Bendett told The National Interest. “Gerasimov also acknowledges that such UAS are key to all future wars. He discusses that future wars involve not just the military, but economic, political and diplomatic components. Therefore, Russia must have high-tech weapons to wage such wars.”

“The U.S. must plan to counter a wide variety of UASs along with space-based assets,” Bendett said. “Not to mention countering potential deep-strike capability by Russian technologies currently in development.”