Is Russia a Military Threat to NATO? 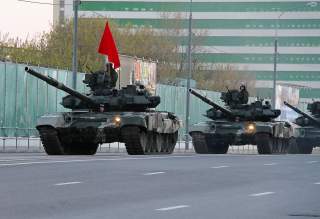 How much of a threat do Russia's emerging 5th-generation stealth fighter, nuclear arsenal, high-tech air defenses, anti-satellite weapons, conventional army and submarines pose to NATO and the U.S.?

A think-tank known as The National Interest (Editor’s note: The National Interest is foreign policy journal published by the Center for the National Interest — formerly known as the Nixon Center) has recently published a number of reports about the technological progress now being made by Russian military developers.  The various write-ups include reporting on new Russian anti-satellite weapons, T-14 Armata tanks, air defenses and early plans for a hypersonic, 6th-generation fighter jet, among other things. Russia is unambiguously emphasizing military modernization and making substantial progress, the reports from The National Interest and other outlets indicate.

In addition, The National Interests' Dave Majumdar reported that Russian Airborne Forces are set to form six armored companies equipped with newly modified T-72B3M  tanks in the second half of 2016. Over the next two years, those six companies will be expanded to battalion strength, the report states.

While many experts maintain that NATO’s size, fire-power, air supremacy and technology would ultimately prevail in a substantial engagement with Russia, that does not necessarily negate findings from a Rand study released earlier this year explaining that NATO would be put in a terrible predicament should Russia invade the Baltic states.