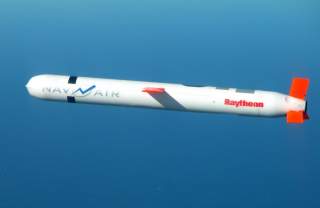 Here’s a nightmare scenario that keeps Russian generals up at night: American submarines and aircraft launching precision-guided cruise missiles by the hundreds. Within minutes, they slam into bases, communications nodes and the Kremlin’s own missile launchers.

Implausible as it may seem, Russia is freaked out enough about this possibility — in the event of a major war — that it’s taking steps to militarize its civilian communications infrastructure.

Specifically, the Russian military is buying up jamming devices which it plans to mount on cell phone towers. The idea behind it is simple — the Kremlin could switch on the jammers, known as Pole-21s, during a conflict and pray a U.S. missile blitzkrieg becomes a bit less accurate.

“At the present time, the tests of the item have been completed and the system has been accepted into the inventory,” a Russian Defense Ministry spokesman told the Izvestiya newspaper.

Izvestiya noted the system “is integrated with the transmission and reception antennas that are installed on cellular communications towers, which are merged into a single network, which covers entire regions like a dome that is impenetrable for satellite navigation signals.”

Russia mounting jammers on cell towers is unusual, but the underlying military logic is reasonable. As it stands, the United States possesses a large disparity in cruise missiles, drones and guidance systems, such as GPS. Russia has its own satellite navigation system known as GLONASS.

But the Kremlin is betting on disrupting a missile’s receiver just enough to stop a direct hit. “The transmission of an elementary signal from a satellite lies at the foundation of all satellite navigation systems,” Russian military analyst Anton Lavrov told Izvestiya. “Therefore, the slightest deviation from the designated frequency even for milliseconds will result in a loss of accuracy.”

O.E. Watch, a monthly newsletter published by the U.S. Army’s Foreign Military Studies Office, noted that the devices appear to be part of a larger push by Russia to prepare itself for the possibility of major conflict.

“These initiatives coincide with other efforts to prepare Russia for large-scale conventional warfare, such as massive ‘snap’ exercises, reformation of the reserve system, exercising wartime command and control relationships, and testing the nationalization of the industrial base in the event of a transition to a wartime footing,” O.E. Watch stated.

There is, of course, a downside to mounting jammers on cell phone towers anywhere near populated areas. Were Russia to flip them on, it’d jam its own frequencies in a kind of electromagnetic friendly fire. So the machines would likely sit mute unless an international crisis were to occur.

There’s one more caveat. The Russian military regularly makes pronouncements of technologies which do not pan out.

Many of them, however, do. And an advantage of co-opting cell phone towers for military purposes is that the infrastructure — including some 250,000 cellular base stations in Russia — already exists.

The Kremlin can simply add to it.