Russia Says Its Armata T-14 Tank Can Fight on Mars 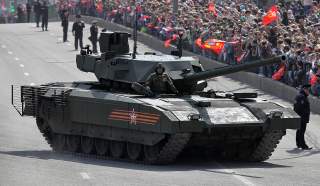 Image: Main battle tank T-14 object 148 Armata (in the streets of Moscow on the way to or from the Red Square)​.