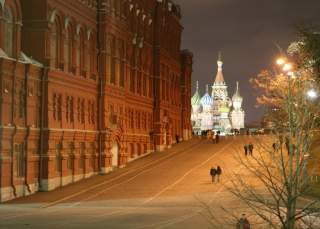 “Immigrants aren’t rushing to Moscow in search of opportunity”—President Obama recently stated in an interview with The Economist, while making a larger point about Russia’s receding role in the world. While much of his commentary on the overall state of affairs in Russia was accurate, his comments on a lack of immigrants in Moscow revealed a blind spot in his view of global-migration movements—immigrants have been rushing to Moscow for the last twenty years, and not only to Moscow, but to cities all over Russia.

According to UN Population Division estimates, as of 2013,  the Russian Federation was second only to the United States in the sheer number of immigrants. This is a fact that continues to elude many Americans as, justifiably or not, Russia is commonly thought of as a place to leave rather than a place to which to move. And while it’s true that Russian citizens are emigrating in increasing numbers in recent years (a phenomenon that has been compared to the brain drain of the early 1990s), significantly larger flows of immigrants from the former Soviet Union have been entering Russia for the last twenty years.

So, why are they coming? While Russia’s economy has risen and fallen over the last two decades, an aging population and high mortality rates have kept the demand for labor steady and even growing in some cities. Many of the immigrants coming to Russia are able to earn much higher wages than they could in their home countries. While life for the average labor migrant in Russia is hard, to say the least, the conditions they leave behind are almost always much worse. If there are no jobs in your town in Uzbekistan or Kyrgystan (which are among the major sending countries according to both UN and Russian official statistics), trying your luck in Russia is likely your best option. While experiences differ widely, migrants I interviewed in cities across Russia ranging from Moscow to Irkutsk often noted the appreciably better standard of living than in their home countries.

In addition to labor migrants, Russia has also received many refugees over the last twenty years. In the early 1990s, Armenians and Azerbaijanis fled to Russia after the Nagorno-Karabakh conflict as well as Meskhetian Turks from Uzbekistan after ethnic violence there. Citizens of Tajikistan fled civil war in the 1990s, relocating to Russia as well as to other former Soviet republics. It is difficult to measure the true volume of refugees who entered during much of the nineties, but the number of ethnic conflicts in Central Asia certainly was the source of large flows. More recently, the 2005 Andijan Massacre in Uzbekistan also brought many refugees to Russia. Currently, there are many asylum-seekers in Russia from Afghanistan, Angola, Ethiopia, Somalia, and growing numbers of refugees from eastern Ukraine.

My emphasis on the presence of labor migrants and refugees in Russia is by no means intended to downplay the multitude of problems that are faced by immigrants and native-born citizens in Russia alike. Those problems are real and the focus of much study and journalism. However, as many of the immigrants to Russia are labor migrants from poverty-stricken, neighboring countries or refugees of ethnic violence and war, the term “opportunity” that President Obama used may not be appropriate. Is it an “opportunity” if you are coming in order to survive? This sentiment should ring true in the United States as the economic gap between our country and those south of our border is analogous to Russia’s economy compared to those of its neighboring countries and former Soviet republics.

A stark example of the effects such a gap can have is the child refugee crisis the United States continues to struggle with week after week. President Obama’s remarks about immigrants (or a lack of immigrants) in Russia coincide with the latest immigration debate that boiled over with the influx of child refugees at the border. It is ironic that in the process of drawing attention to Russia’s dwindling relevancy in the world, President Obama indirectly referenced one of the most complex and troubling issues of his presidency—the inability thus far to pass comprehensive immigration reform.

President Obama seemed to be trying to demonstrate Russia’s waning relevance to the United States, keeping it “in perspective,” as he said, but, it is clear from the crisis in Ukraine and the ripple effects on all of Europe that Russia is as relevant as ever. Shouldn’t our goal then be to engage Russia and the broader region more productively? One way we could do this would be to recognize migration as an area where our two countries, the United States and Russia—numbers one and two, respectively, in terms of immigrant destinations—could work together and learn from each other. Though the United States has been an immigration destination for much longer than Russia, we are clearly still far from figuring out what works best. Both countries continue to struggle with what to do about masses of undocumented workers, detention centers, public health concerns, fervent anti-immigrant sentiment, as well as many other issues related to immigration.

Though it might not be feasible for the highest levels of government of the United States and Russia to work together on this issue at this time, at least there is collaboration between the two countries at the local level. People-to-people diplomacy continues with multiple U.S.-Russia working groups on various topics, including migration, and the U.S. government has had the vision to fund such crucial programs. I feel fortunate to have been involved in two research groups, one funded by the National Science Foundation and the other by the U.S.-Russia Social Expertise Exchange, which had both Russian and U.S. participants, studying migration issues in both countries. Through such initiatives, it becomes clear just how many similar problems the United States and Russia face. Keeping these lines of communication open helps U.S. and Russian citizens alike gain a real understanding of the on-the-ground situations in their respective countries, no matter what statements our political leaders make.

Mary Elizabeth Malinkin is a program associate of the Kennan Institute at the Wilson Center.