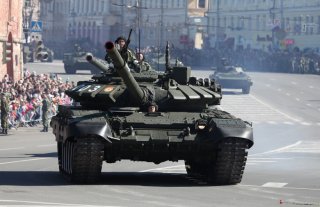 “Without international revolution, neither the Soviet Union nor any other [socialist] country can triumph... We have to increase the number of our friends,” Vyacheslav Molotov, the Soviet premier and wartime Minister of Foreign Affairs, once said. Such wisdom from the olden days of the Cold War should be held in high regard in todays’ Russia, given the increased official respect for Soviet legacy. But the Kremlin does not seem to follow cold-war blueprints.

It is hard to discern any respect for long-lasting partnerships, let alone “friendships,” in Russia’s behavior. Russia does not foster predictability in its relationships with neighbors. On the contrary, Kremlin policymakers clearly prefer ambiguity and unpredictability. “[Russia is] even taking pride in a decision-making process as inscrutable and unpredictable as possible. The ability to make strategic decisions quickly and to implement them militarily and politically with great speed and agility sets Russia apart from the tsarist Empire or the USSR,” write the authors of an assessment report of Finland’s possible NATO membership.

A mere discussion of NATO membership for Finland is a massive change in the dynamic between the two nations. Regardless of any immediate politics, Finland is important to Russia for reasons of history and geography. Russia and Finland share a 1340 kilometer-long border (833 miles). The Grand Principality of Finland was part of the Russian Empire between 1809 and 1917. Immediately after the Russian revolution, Lenin let go of Finland, but Soviet Russia played a role in the Finnish civil war of 1918, in an attempt to influence Finland’s “Reds.” The two countries both participated in the Winter War of 1939-40 that began with  an invasion by the USSR and witnessed hostilities during the remaining part of World War II, in which Finland fought on the side of Germany. While tense during the interwar period, Soviet-Finnish relations became calm and mutually beneficial after the war. In the postwar period, Finland maintained a carefully balanced policy of compromises with Moscow and openness to the West, complete with a non-alignment stance vis-à-vis any military blocs.

Finland did not become a member of the European Union until 1995 and is, of course, not a member of NATO. This legacy is under severe strain now. NATO membership is not something the Finnish society seems to be comfortable with (fewer than one-fourth of those polled support it), but it is being seriously debated and attitudes may change. If Russia ever had a quiet but tough neighbor who would always be keen on building a long-term, rule-based relationship, it is Finland. In international relations, this is better than friendship; after all, who knows what friendship is in international relations? Losing the trust of a neighbor like this would be a major risk for Russia.

But this prospect does not seem to bother Moscow policymakers. Russia is busy projecting agility and unpredictability. These virtues have been apparently chosen because they add weight to Russian military resources that, despite recent military reforms, remain stretched. Russian warplanes are buzzing U.S. Navy ships and American spy planes to send a message that Russia is no longer afraid to play dangerously.

If one adds a strong degree of unpredictability, the projection of force becomes quite formidable. It is strategically important for the Kremlin to keep everyone guessing whether Russia will strike again and, if yes, where exactly. If this kind of projection is meant to compensate for military disparities between Russia and NATO, it probably serves its purpose. It also fits a broader trend as seen by Michael Kofman and Andrey Sushentsov in their recent report for the Valdai Discussion Club. “Today we see a clear trend away from strict rules of warfare or the existence of any tangible separation between war and peace,” write Kofman and Sushentsov. “There is a strong convergence between the U.S., Russia and China in the tendency to engage in indirect warfare and confrontation using the political, economic and information instruments of national power.”

Russian policymakers turned unpredictability into a strategic virtue because they became disillusioned with building rule-based, long-term relationships. Such relationships never turned out in their favor or (more likely) Moscow was simply not patient enough. The Russian ruling class started to present almost any unfavorable changes (including the ruble devaluation) as hostile acts directed at Moscow by the West. President Putin, Prime Minister Dmitri Medvedev, and their supporters found it politically useful to accentuate anti-West rhetoric to garner public support, especially as the economic growth that heralded Mr. Putin’s early years in power faded.

Moscow should not be surprised to find that it has created a lot of anxiety among its neighbors. If Russia wants to be seen as strategically unpredictable and politically agile, everyone around it, including Finland and Sweden, should be excused for seeking to increase their sense of security.

The opinions expressed here are solely those of the author.