Russia vs. China vs. America: The Hypersonic Weapons Arms Race Is Here 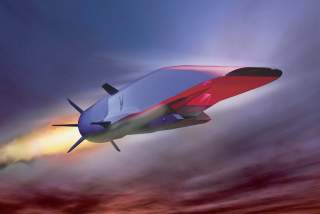 "After exhausting its 240-second fuel supply, the vehicle continued to send back telemetry data until it splashed down into the ocean and was destroyed as designed," according to an Air Force statement at the time. "At impact, 370 seconds of data were collected from the experiment."