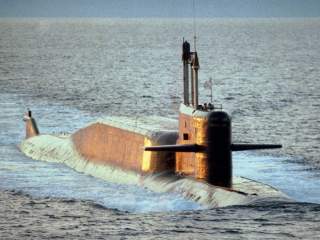 As tensions between Russia and the West ratchet up, Moscow’s submarine fleet has increased its activity to levels not seen since before the end of the Cold War. Indeed, since the first time since the collapse of the Soviet Union, a Russian ballistic missile submarine has been spotted in the Atlantic near the French coast in the Bay of Biscay, reports the French newspaper L’Obs.

Citing a senior French defense official, the paper reported that the Russian ballistic missile—which was spotted this January—came close to, but did not enter French territorial waters. However, the French defense ministry would not confirm or deny the sighting. Paris generally maintains a policy of not to commenting on such matters. “Russian naval activity has been on the rise for several months, if not years, and we are permanently attentive to it,” a French navy spokesman told Reuters.

The submarine was believed to be a Project 667BDRM Delfin-class vessel, which is also known in NATO parlance as the Delta IV. The roughly 18,000-ton boat carries sixteen R-29RMU Sineva or R-29RMU2.1 Liner liquid-fueled ballistic missiles that each carry four warhead and have a range of about 7,500 miles.

Russia will eventually phase out its trio of Project 667BDR Kaľmar (Delta III) and six Project 667BDRM Delfin-class (Delta IV) ballistic missiles submarines in favor of the new Project 955 Borei-class boats, which are armed with the troublesome RSM-56 Bulava missile. Three Borei-class boat have been completed, while a fourth—Knyaz Vladimir—is currently under construction at Sevmash.

Knyaz Vladimir will be the lead boat for a new sub-class called Project 955A Borei-II. Russia plans to build five of the new ballistic missiles subs, which some reports suggest will carry twenty Bulava missiles, up from sixteen on the older vessels of the class. Knyaz Vladimir is expected to enter service in 2017. So far, seven of the eight planned Borei-class submarines have either been completed or are in various stages of construction.

Russia also has one surviving Project 941 Akula—better known as the Typhoon—called Dmitriy Donskoy, which is being used as a test boat. Meanwhile, one Delta III has been converted into a special operations vessel under the designation BS-136 Orenburg.