Russia's Deadly Su-27: The Plane That Terrifies NATO (and Buzzes Its Fighter Jets) 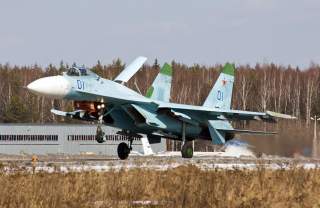 This article originally ran in July of 2016.