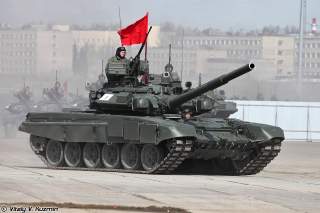 So did the T-90’s reactive armor and Shtora active protection system prove a sure-fire countermeasure verses long-range anti-tank guided missiles (ATGMs)?
In a word, no—but you would only know that if you followed the many less well publicized videos depicting the destruction or capture of T-90s by rebel and government forces.
Jakub Janovský has dedicated himself to documenting and preserving recorded armor losses in the Syrian Civil War for several years, and recently released a vast archive of over 143 gigabytes of combat footage from the conflict ranging from atrocities perpetrated by various groups to hundreds of ATGM attacks.