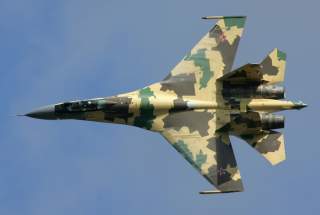 So how would the Su-35 do against America’s best planes? How would  it fare against an American air force that is clearly the best in the world.  How would, for example, the Su-35 do in a combat situation against Lockheed Martin’s F-35 Joint Strike Fighter? How would Russia’s new plane do against older aircraft like the F-15 or say F-16?

Compiled below is three articles, written last year by TNI’s Defense Editor, Dave Majumdar, that looks at these questions in depth, combined in one posting for your reading pleasure. With that said, let the debate begin.