Is Russia's Military Really Punching Above Its Weight? 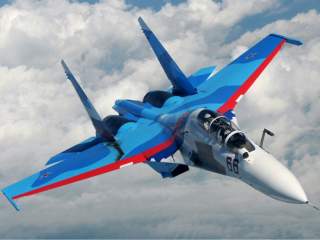 “Is Russia Punching Above its Weight?” That was the supposed to be the title for Ruslan Pukhov’s— director of the Moscow-based Centre for Analysis of Strategies and Technologies (CAST)—presentation at the Center for Strategic and International Studies in Washington yesterday. Unfortunately, due to inclement weather in the nation’s capital, the presentation had to be cancelled. Pukhov, however, provided me with his slides for the event.

The answer to the question—according to Pukhov’s analysis—is yes, Russia does indeed punch above its weight militarily. “Russia’s military might considerably exceed its economic, technological and demographic capacity,” Pukhov states in his slides. Further, he notes: “Russia is an undisputable hegemon within the post-Soviet space which is the sphere of its vital interests.”

But that doesn’t mean that Russia doesn’t face significant geopolitical challenges. Russia’s two allies—Belarus and Kazakhstan—are of almost no military value. “In the Collective Security Treaty Organization, Belarus and Kazakhstan are both equivalent to Romania in the Warsaw Pact,” Pukhov notes. “Negligible military value [to the] the rest [of the] CSTO member states.”

That situation is made all the more troubling because of deteriorating relations with Poland, the Baltic states, Saudi Arabia, Qatar and Turkey. There is also the issue of the ongoing conflict in Ukraine. Effectively, that means Russia has to prepare to defend its interests in every direction, Pukhov stated in his slides.

Meanwhile, Russia can’t hope to match the United States and it allies technologically. “Russia can hardly compete with the ‘Collective West’ in regards to investments in engineering development and fundamental research,” Pukhov noted. Which means Moscow has to invest smartly a new generation of weapons.

Russia is continuing its military modernization—which started after Moscow’s forces reached a low point in 2008. The less than stellar performance of the Russian army in Georgia served as a wake-up call in Moscow that something needed to be done—and urgently—to stem the post-Soviet decline of its military.

Since 2008, Russia has massively increased military funding and revamped its training programs, Pukhov noted. Flying hours increased for the Russian air force and the number of days at sea increased for the Russian navy. There was also a massive increase in the number of exercises. Additionally, the scale and scope of those exercises expanded greatly. “In 2014, the Russian Armed Forces held approximately 3,000 exercises and drills, of which 30 were bi-/multinational,” Pukhov noted.

Whether Moscow can sustain its current level of military spending into the future—given Russia’s current economic fortunes and the low price of oil—is an open question. But Russia’s goal is to equip seventy percent of its armed forces with “state-of-the-art” weapons by 2020, Pukhov stated. Indeed, Russia has appropriate roughly $300 billion towards that end thus far.

Pukhov concluded his presentation with a quote, one which has been attributed to Talleyrand, Metternich and Churchill at various times: "Russia is never as strong as she looks; Russia is never as weak as she looks.” Which is probably as accurate an assessment as possible in a single sentence of Moscow’s capabilities.