Russia’s Military Robots Are on the Move 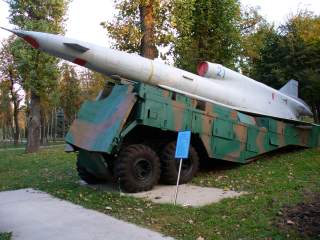 Russian military and the nation's defense industrial complex are continuing to seek out ways to increase the use of what Moscow called "robotisized"- automated, autonomous and robotic - systems in the country's armed forces. Over the past several years, and especially with the advent of Russia's involvement in Ukraine and Syria, the nation's forces have been successfully using domestic and imported unmanned technologies such as surveillance and recon drones and unmanned mine clearing platforms, while its diverse defense industries are rapidly developing a wide variety of air, land and sea-based "military robots" to act as a force multiplier in ongoing and future military involvements. Despite limited numbers, Russia use of such new systems was successful enough to warrant real concern form America’s defense establishment, prompting closer reviews of Russian tactics using unmanned aerial vehicles and beefing up various US anti-drone defenses.

Russia’s robust military-industrial base, which for decades matched Western military technology across all platforms, has been working on developing policies, tactics and strategies geared towards most effective and efficient production, development integration and testing of unmanned platforms. Key to such work are technology exhibitions designed to bring together manufacturers, developers and decision makers to display latest achievements and forge new policy going forward with integration of such systems into armed forces One such event was the recently-held military-scientific conference “Robotization of the Armed Forces of the Russian Federation," held in Kubinka Expo Center in Moscow on March 23, 2017. Nezavisimoye Voyennoe Obozreniea (NVO- Independent Military Review) publication, was in attendance, and walked away with an interesting overview of the current state of nation’s “military robots” and government-industrial efforts meant to support them.

According to NVO, “the goal of the event was the development of unified interdepartmental approaches to the creation and development of military and special-purpose robotic complexes (RTCs), and was attended by representatives of the Military Industrial Commission under the Russian government, heads of military command agencies, scientific research organizations, educational institutions of the Ministry of Defense, federal executive authorities and directors of defense industry complexes, along with experts.” Underscoring the significance that military robotics plays in current Russian military planning, the Kubinka event was headlined by Alexander Mironov, head of the Main Directorate for Research and Technological Support of Advanced Technologies (Innovation Studies) of the Ministry of Defense.

NVO noted that the exhibition featured 89 different technology samples from 30 organizations and enterprises, including scientific research institutes and higher educational institutions of the Russian Ministry of Defense. There were 20 various air unmanned aerial vehicles, 11 mobile robotic platforms, and a “ separate section of the exposition that was dedicated to marine robotic complexes, such as unmanned boats, underwater microrobots, surface and underwater vehicles

Not quite there yet

NVO recognized that despite interesting technology samples present, such as “Vikhr” unmanned ground vehicle (UGV) that counts among its armaments a small unmanned aerial vehicle for surveillance and recon duties, “the expo looked much more modest than expected and announced - only several firms exhibited their products, with many samples designed just for this event. Noting the lack of diversity in the domestic robotics market, NVO stated that “visitors and participants of the conference expected a greater number of full-scale, functioning robots – we shouldn’t count among those remotely- driven models of cars that can be found in every children’s toy store.”

Still, the paper noted a few home-grown surprises, such as the robot created by two sisters - Lyubov and Nadezhda Sagitovy, students of the Moscow Polytechnic Institute: “(Their) robot could bypass obstacles and hit the enemy on the move - during the conference, it was rumored that the students gave some large-scale military developers a run for their money.”

Key to development of new complex systems, such as military robotics and drones, are formal and informal network, as well as experimentation, that allow for technical attempts and likely failures to evolve into next-stage successes. Government support in such an innovative environment can make all the difference between a break-through technology getting accepted or relegated to the distant background. Robust, ongoing and transparent dialogue between the government and industry is the hallmark of America’s development and advancement of various military unmanned systems into its armed forces. For Russia, such process is just starting out to take shape – during the Kubinka event, serious effort was made to forge dialogue among the government, industry and military: “Participants advanced practical recommendations on the operation of robotics and support of promising developments in this field – such discussions were in line with the official military concept on the use of robotic military complexes up to the year 2030.”

Keeping an eye on the emerging drone and robotics swarm technologies and debates, “Colonel Oleg Pomazuev, head of the Main Directorate for Scientific Research and Technological Support of Advanced Technologies of the Ministry of Defense of the Russian Federation, held a meeting to discuss possible directions of swarm use of robotic systems for military and special purposes. The participants also discussed possible composition of assault robotic systems for group use by the Land Forces, as well as the development and use of such systems in the Navy.” Furthermore, “at the initiative of numerous scientific organizations, the conference participants discussed prospects for the development of vision systems used alone and as part of robotic systems, the autonomous and group use of robotic military complexes in conditions of environmental uncertainty and counteraction, and the use of “hybrid” groups of mobile military robots.”

NVO noted that “over the past several years, Russian government has invested in interagency cooperation to understand and advance the use of military robotics in battle - in order to “equip units and divisions with robotic systems, the Ministry of Defense interacts with the Military-Industrial Commission of the Russian Federation and interested federal executive bodies… to carry out organizational and technical measures. Unified approaches to the creation of the military robotic systems are being developed... A military commission headed by Defense Minister Sergei Shoigu promotes interdepartmental interaction that facilitates developments of robotic military systems.”

NVO highlights the slow but steady progress of domestic robotic systems in the Russian military: “Last year, the development of normative and technical documents of general requirements for robotic systems was completed. Today, the government, military and industrial bodies are clarifying current conceptual and policy documents that will determine the strategy for the development of robotics in the Armed Forces. There is also a state defense order for research and development work on creating promising models of such military robots.”

These discussions - and not the few exhibits presented at Kubinka – were the key achievement of this conference. Russia’s lagging behind the West, and especially United States, in development and fielding of key air, land and sea-based unmanned systems was as much the after-effect of the dissolution of Soviet Union and the loss of major government backing for military development and innovation - as the lack of a unified government strategy supporting research, development, testing, evaluation and policy formulation on the use of such systems across Russian armed forces. In fact, even following widespread use of UAV platforms in Afghanistan and Iraq following 2001, Russia still lacked a coherent approach towards using unmanned military systems in its armed forces.  Following the recently successful use of “military robotics” in eastern Ukraine and now in Syria, full support is now  thrown by the government behind development and use of “military autonomous systems,” as evidenced by the latest discussions on the Russian state armaments program that specifically outlined “unmanned systems” as a key procurement effort.

Such deliberations and policy formulations cannot come too soon for Moscow – while Russian military has been able to demonstrate, test and use certain unmanned ground technologies in conflicts like Ukraine and Syria, the race for the future robotic dominance on the world’s battlefields is in full swing. Apart from nearly-uncontested American dominance with medium and long-range combat UAVs, United States is seeking to fast track its own military robots via various exercises, testing and experimentations like the recently concluded event for the US Marines. US Army’s Rapid Equipping Force and Asymmetric Group have also been testing various defenses against small unmanned systems- like the ones that still equip Russian military. Other states like China, Iran, Turkey – even North Korea - are seeking to introduce their unmanned systems into battle, putting emphasis on developing more sophisticated and advanced techniques and procedures for use of military robotics in the battlefield. It may not be easy for Russia to match its rhetoric and political will with actual defense-industrial capability, as demonstrated by recent announcements that much-advertised Russian long-range heavy UAV project has run out of government funding, delaying introduction of combat drones into Russian military forces. Still, the recent Kubinka conference was a major step in the right direction, providing the right conditions exit that match Moscow’s ambitions with its financial and technological realities.