Russia's New Husky-Class Submarine: Everything We Know (And Want to Know) 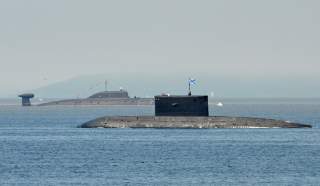