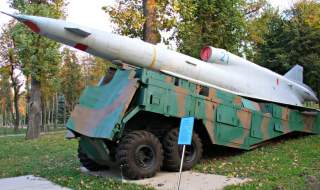 Currently, Russia operates many types of UAVs that tend to be on the smaller side - its "Zastava", "Orlan, "Tachiyon" and other unmanned systems are small platforms used mostly for information gathering, reconnaissance, observation and communication. These are mostly short-range, simple and largely expendable unmanned aerial systems. Russia lacks larger UAVs capable of carrying out long rage, long-endurance ground attack and recon missions like the ones performed by American "Reaper", "Predator" and "Global Hawk" systems, which could make Russian armed forces a truly modern and high-tech military it aspires to be.

Given that Russian military rearmament and modernization foresees the development and use of UAVs in domestic and international missions, how will Russia close this capability gap? Quick summary of what Russia may do as it proceeds to develop this new capability:

• Military-industrial espionage. It worked well for the Chinese, who have recently fielded what looks like clones of American UAV systems. Russians have become experienced and successful in cyber espionage, and their traditional HUMINT gathering, honed by decades of Soviet spying is still available. Reverse-engineering such weapons will provide necessary know-how and expertise, but it may not fully teach Russians to think from scratch in order to solve complex technical and military issues. Therefore…

• Domestic manufacturing of UAV platform is becoming one of Ministry of Defense’s (MOD) and its defense sector's top priorities. Companies like "Rostech" and others are claiming to design, test and develop multiple unmanned aerial systems, including of "strategic" and "supersonic" varieties, presumably capable of extending Russian military reach into hostile space for prolonged periods of time and with multiple missile strikes capabilities. Some new hardware is expected to be available this year, then in 2017 and after 2020. Can Russian domestic military-industrial sector build such advanced military systems without outside assistance, and is its VPK (military-industrial complex) up to the challenge? Since…

• International assistance has proven advantageous to Russian MOD when it comes to UAVs - its "Forpost" unmanned platform is actually a licensed copy of an Israeli UAV, delivered to Moscow as a set of technical specs, designs and samples, almost like a construction kit. While that acquisition was made in 2010, Moscow's actions in Crimea and Ukraine have cooled some countries interested in such a cooperation from moving forward, as evidenced by the "Mistral" saga. Nonetheless, Russian-Israeli cooperation on UAVs is expected to continue. However…

• Joint UAV/UAS production is still a distinct possibility, especially when joining forces with countries outside of NATO and EU such as China, India, Brazil, South Africa or Turkey - these states are ramping up their domestic military production and may see benefits in co-developing various platforms with Russia for domestic and international market.

Russia is becoming increasingly able to field and integrate its available UAVs in combat settings - its already utilizing them in Syrian conflict, where they provide recon and surveillance capabilities to augment what has been deemed a largely successful ground attack campaign in support of Syrian regime. This is Russia's first major UAV utilization in such a conflict, and will no doubt serve as major testing ground for its new tactics, techniques and procedures. Given how UAVs are becoming ubiquitous in practically every type of conflict and that they are fielded by all kinds of belligerent actors - governments, rebel forces, terrorist organizations, criminal networks, etc. —it’s to expected that Russia will make significant effort to design, build and incorporate this technology into its military doctrine and actions.

Already, MOD is utilizing various UAV platforms in large-scale military exercises, such as Tsentr-2015 that took place in the fall of 2015, almost concurrently with the start of major Russian actions in Syria. During that exercise, nearly 50 types of of UAVs were used by various troops, who noted the benefits of such technology that augmented their fighting capability. We should expect the following developments to take place through 2020:

• Russian UAV design will not deviate too much from existing norms. Its smaller platform used for surveillance, recon or augmented communication will have common sets of features such as cylinder-shaped main body, thin wings at 90% to the body and a "push"-type of turbo prop propeller/s located in the rear section of the craft. This basic and reliable design is easy to operate, manufacture and maintain. Its smaller UAVs intended for short-range, just-beyond-horizon type of work and launched by soldiers' hands will look almost exactly like existing models in use by American, Israeli and other militaries.

• For long-range, long-duration attack capability, we should not expect too much difference in design from exiting Western or even Chinese models. Whether powered by a turbo-prop or a subsonic/supersonic engine, the existing international designs will guide Russian development. We should expect to see "Predator/Reaper"-like concepts or UAVs with a blended wing/blended body like the ones recently developed for US NAVY or by NATO countries. These proven airframes have already been verified by thousands of combat missions or by many hours of testing, allowing Russians to build on existing expertise and evaluations.

• Russian government will most likely issue a stringent set of rules that may limit, but not outright prohibit, the flying or use of UAVs in its domestic space outside of official government and military duties. Given how even a small quadro-copter hobby design can be made potentially lethal by a few augmentations, Russian government will not take any chances in order to prevent such UAV platforms from being used in action against the state or its citizens. For example, the government may use existing cases like the one in the United States where a small UAV was landed on the White House lawn in order to monopolize this technology and the majority of its applications. Already, the debate on the domestic UAV use in Russia is heating up, with proposals that may require registration for all UAV platforms over 30 kilos (66lbs) in weight.

• Finally, Russia will market its various UAVs to potential international customers. However, this space is becoming increasingly crowded, since UAV tech has proliferated widely and various UAS are now constructed and sold by a wide range of countries normally not associated with advanced military technology. For example, even states like Estonia and Latvia are becoming significant contributors to the UAV marketplace, and although the majority of their designs tend to be on the smaller side, they and many other designs fielded by a variety of nations may pose significant competition to Russian models down range. At the same time, Russia will utilize its existing arms export capabilities to sell a select set of UAV designs to its existing and loyal customers.