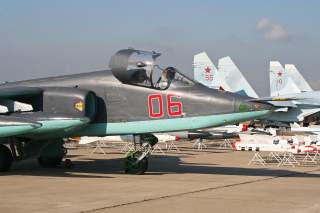 The Iraqi Air Force has deployed its own Su-25s in the war against ISIS, purchasing five from Russia in 2014 and receiving seven from Iran that had been impounded during the 1991 Gulf War.

This appeared in 2016 and is being reposted due to reader interest.