Russia's T-14 Armata: What We Know One Year On 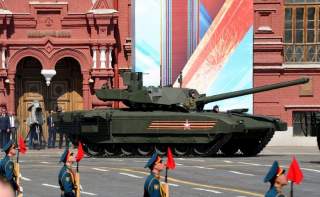