Russia's Tu-95 Bear Bomber: Everything You Need to Know 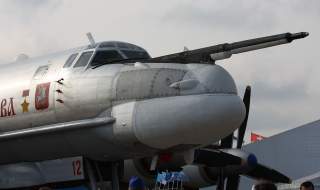