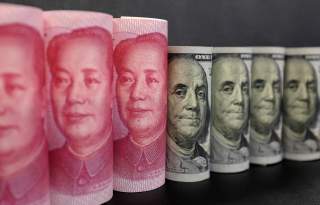 Concerns about China’s massive debt pile tend towards hyperbole. Doomsayers see China’s debt as unsustainable, which it is. They predict that an economic crisis is near — which it is not. If we look beyond the doom and gloom, there is much to indicate that China is far away from a looming financial crisis.

There are many credible warning signs that China has a debt problem that should be taken seriously. According to the Bank for International Settlements, China’s debt to GDP ratio reached 257 per cent in 2017, higher than the United States’ 152 per cent, and more than most emerging economies. The IMF anticipates that by 2020 China’s domestic credit to GDP ratio will rise to 300 per cent. In May, for the first time since 1998, Moody’s Investors Service downgraded China’s sovereign credit rating.

The speed and composition of China’s debt build-up is certainly cause for alarm. China’s annual credit growth averaged 20 per cent between 2009 and 2015, while over the same period the non-financial credit to GDP ratio increased from 150 to 200 per cent. The property sector and related industries accounted for half of the new debt while murky shadow banking contributed to 30 per cent. Two-thirds of corporate debt is owed by Chinese SOEs, with SOE debt standing at 115 per cent of GDP. With most SOEs indirectly involved in the construction industry, turbulence in the residential real estate market will hit commercial banks on all sides.

On the other hand, there are many positive signals and encouraging signs that China can ease the market’s collective fear of a disastrous debt-deflation scenario. China’s debt is backed by high household and corporate savings, and the entire corporate debt and commercial banking structure is ultimately backstopped by the government. Since a high proportion of debt is retained by SOEs and owned by the state-owned commercial banks, it is probable that the government will not allow the banks to pressure SOE borrowers. It will also bail enterprises out with soft policy loans before any contagion hits the banks.

Importantly, China still has a large bulwark of foreign exchange reserves serving as a buffer to external sovereign volatility. China’s foreign currency reserves stand at US$3 trillion and China’s annual current account surplus is US$200 billion. And as most of China’s debt is domestic, the People’s Bank of China is still ultimately in control of sovereign monetary policy and can manipulate the exchange rate to favour its trade policy. This means China’s circumstances are worlds away from both Greece who had no monetary policy control, and the United States who had no exchange rate control.

China’s regulatory organs are also stepping up scrutiny of speculative financial activities, tightening their grip on highly leveraged deals. In April 2017, during a Politburo meeting, Xi Jinping emphasised that financial stability is a pillar of any strong economy, a topic that he normally does not stoop to interfere in.

Regulators have taken strong action to sure up the insurance industry, whose rapid expansion in recent years has uneased the government. The insurance industry’s remarkable rise was partly a result of government reforms in 2012 that encouraged insurers to invest insurance funds into global business. Since then, various insurers have engaged in ever riskier investments in non-insurance financial products, prompting the latest rein-in of market exuberance.

In May, a month after the April Politburo meeting, Xiang Junbo, the chairman of the China Insurance Regulatory Commission, was taken down for ‘severe disciplinary violations’ by the Central Commission for Discipline Inspection. In June, Wu Xiaohui, the chairman of Anbang Insurance Group — best-known for aggressive overseas purchases — was detained for investigation. Furthermore, the government terminated two of Anbang’s high-yield investment products.

In June, China’s financial regulators ordered the state-run banks to curb their excessive lending to some large companies, such as Dalian Wanda Group and HNA groups‘ overseas acquisitions. Liu Zhiqing from the China Banking Regulatory Commission warned that some companies posed systemic risks to China’s financial system. In July, during the fifth National Financial Work Conference — a conference that happens every five years and sets the tone for China’s financial developments — Xi Jinping announced that China would establish a cabinet-level commission under the State Council to coordinate financial regulators and strengthen financial oversight.

China’s biggest enterprises — notably SOEs — are getting healthier, benefitting from SOE reforms, supply-side reforms and both the rebounding Producer Price Index and Consumer Price Index. At the end of 2016, the debt-to-equity ratios at China’s 100 largest non-financial firms decreased to 68 per cent, the lowest since 2010. That achievement is on top of increasing profit margins and interest coverage ratios, as well as the highest free cash flows since 2011.

While a debt blow-up in China is unlikely, risks still lurk in many areas, such as uneven SOE reforms and immature financial markets and institutions. In the end, China must seriously commit to halting a growth model fuelled by a flow of credit, or accept a lower pace of growth that does not require the impossible levels of credit expansion seen in recent years.

Peiyuan Lan is a research assistant at the School of Advanced International Studies, Johns Hopkins University.