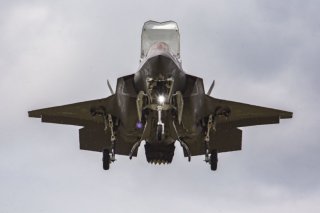 In 2018 the Marine Corps and Navy expect to mark a radical change in the capability of their joint formation, the Marine Expeditionary Unit/Amphibious Readiness Group (MEU/ARG). That year will see the Marine Corps deploy the fifth-generation short take-off and vertical landing F-35B aboard its fleet of amphibious assault ships. According to published reports, the USS Essex assault ship is being prepared for deployment with the F-35B to Central Command and the USS America will conduct an initial deployment with an F-35B squadron in the Pacific. As a result, the Marine Corps will be the first of the two Sea Services to actually provide fifth-generation capabilities to the Combatant Commands.

Resembling small aircraft carriers with a nearly 800-foot-long flight deck, the amphibious assault ships (LHAs and LHDs) currently deploy a mix of Harrier II strike jets, MV-22 Ospreys, CH-53K heavy lift helicopters, AH-1Z/UH-1Y attack/utility helicopters, and Navy MH-60S multi-mission helicopters.  If a mission so required it, the LHAs could deploy a full complement of up to 20 F-35Bs. The LHAs are typically deployed as part of the three-ship ARG along with an amphibious transport dock ship and a landing dock ship. Together, these ships carry a MEU consisting of an infantry battalion, tracked and wheeled vehicles and supporting logistics and command and control elements.

The F-35B will provide the MEU/ARG with leap ahead capabilities in air-to-air and air-to-ground operations. Equally important, it will fly faster and significantly farther than the Harriers it is intending to replace. With its greater range than the aging Harriers, the F-35B will be able to support extended range operations by Ospreys and Marine/Navy helicopters. Perhaps more valuable, the aircraft’s stealth characteristics and state-of-the-art sensor suite will provide an unprecedented level of ISR for deploying land and sea forces. It is not inconceivable that Marine Corps Joint Strike Fighters (JSFs) will be asked to lead the way for carrier-based aviation given that the Navy is not planning to deploy the C variant of the F-35 for several more years.

The Marine Corps chose to declare Initial Operating Capability for its F-35s with an earlier version of the software operating system planned for the JSF fleet. There were several reasons for this. The F-35 possessed inherent advantages over the Harrier in speed, combat range and weapons loads. The maintenance costs for the 30-year-old Harriers were becoming prohibitive. The sensor suite on the F-35 added new ISR capabilities for the MEU/ARG. While the F-35B initially will only be able to employ a “basic” suite of weapons such as the Joint Direct Attack Munition and the Advanced Air to Air Missile, these provide the essential means for both air-to-ground and air-to-air operations.

The Marine Corps’ long-range plan for the F-35 will transform the service into one of the world’s premier air powers. By 2032, the Marine Corps expects to purchase 353 F-35Bs and 67 F-35Cs, the Navy’s version of the JSF which will operate from the fleet of aircraft carriers. As currently planned, the 420 F-35s will replace the Marine Corps’ fleet of F/A-18 Hornets, EA-6B Prowlers and AV-8B Harrier jump jets. In each of these roles, the combination of the F-35Bs and Cs will be markedly more capable than current aircraft.