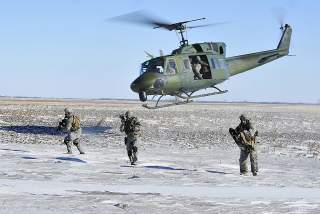 The new Secretary of State, Rex Tillerson, is already demonstrating his intentions of shaking up that venerable institution. Within weeks of taking office he is engineering a major reorganization. He is reassigning most of the staffs of the offices of the State Department counselor and of the Deputy Secretary of State for Management and Resources. The Secretary explained his strategy this way: "… the State Department is made up of a corps of very talented public servants. In some cases, we are redeploying people to new assignments where they can immediately put their talents to work." More reforms can be expected from this senior businessman turned top diplomat.

Another area which deserves Tillerson’s attention is the abuse of the contract protest process. Losing competitors for government contracts have a legitimate right of protest. A protest is first reviewed by the Government Accountability Office (GAO). If the protest is denied, which is most often the case, the complainant can go to court. Here too most complaints fail.

Some companies, particularly losing incumbents on existing contracts, are gaming the system. They seek to use the protest process to delay having to relinquish their position and lose the revenues. During these protests, the government has to choose between doing without a particular good or service or extending the period of performance of the rejected company. For the company initiating the protest, delay can mean lots of additional money.

An egregious example of contract protest abuse is the behavior of the losing bidder on the Worldwide Aviation Support Services (WASS) contract. This contract supports the global work of the Bureau for International Narcotics and Law Enforcement Affairs, Office of Aviation (INL/A). INL/A operates some 140 airplanes and helicopters and flies more than 50,000 hours annually. The activities of this office include aviation support for the eradication and interdiction of illicit drugs, training of contractor and host nation personnel, movement of embassy personnel and equipment, reconnaissance, personnel recovery (PR), medical evacuation, security of personnel and equipment, ferrying of aircraft and aviation logistics.

In a surprise move in 2013, the State Department, citing poor performance, declined to exercise an option year on the WASS contract with Dyncorp, which had been the incumbent for some 23 years. This is a contract that paid the incumbent $33 million a month. Instead, a competition was held in 2015 the winner of which was AAR, a world class provider of aircraft services. In fact, Dyncorp’s proposal was declared outside the competitive range, meaning it was judged inadequate.

Dyncorp immediately filed a protest with the GAO followed by a lawsuit against AAR which was eventually dismissed. In response, in 2015 the State Department conducted an entirely new competition for the WASS contract in which Dyncorp and AAR were again the competitors. No real surprise, in 2016 the department awarded the new contract to the latter.

Did this end the controversy? By no means. Dyncorp filed yet another protest with the GAO. When this protest was denied, Dyncorp sued the State Department in Federal Claims Court.

Was the State Department’s process for competing and awarding contracts fundamentally flawed? By no means. Two competitions and a GAO review have consistently identified AAR as the winning company.

So what is going on? The answer is that it’s all about the money Dyncorp can make by dragging out the protest process and filing court cases. There have been four protests to GAO. Because the WASS contract is absolutely essential to the day-to-day operation of the State Department, despite being rejected for poor performance on the original contract and losing the recompete, Dyncorp has been repeatedly awarded sole source bridge contracts, the latest in October 2016. These bridge contracts have allowed Dyncorp to take in well over $1 billion in the last two and a half years.

If President Trump wants to “drain the swamp” and Secretary Tillerson desires to make his department more efficient, they should look at reforming the system by which losing companies can protest government contract awards. Unfortunately there is a real incentive for some companies to abuse the protest system and the courts. Meanwhile, for two years, the State Department has had to rely for critical mission support on a company who lost both its existing contract and two competitions. The system needs to change.