Securing Strategic Buffer Space: Lessons from the Past and Implications for Today 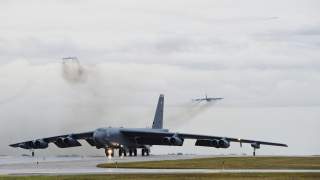 A series of geopolitical fault lines are coming apart today. There is a hybrid conflict in Ukraine, an arc of destruction from the Levant to Iraq, rising tensions on the Korean Peninsula and instability in the southern Caucasus, just to name a few. What these conflicts have in common is that they are taking place in strategic buffer zones, physical spaces caught between competing regional powers. To address these problems by drawing lessons from the past, my paper for the Center for the National Interest examines four major cases of strategic buffer space conflicts: the Belgian crisis of 1830-1831, Byzantine-Sassanid and Ottoman-Safavid wars, China-Japan-Russia competition over Korea during the late nineteenth and early twentieth century and the Balkan powder keg that led to World War I. The paper finds that the dynamics of buffer space conflicts depend on four principal factors:

After the defeat of Napoleon, the United Kingdom of Netherlands—which included Belgium, Netherlands and Luxembourg—was created in 1815 as a bulwark against future French expansion northward and as a buffer between Britain, France, and Germany. In 1830, southerners in the kingdom revolted, creating a crisis that threatened to plunge Europe into another war. The French saw the rebellion as an opportunity, while other European powers sought to keep the Netherlands united, although the British held a more ambiguous attitude toward the conflict. During the 1830-1831 London conference, the European powers were able to resolve the issue diplomatically, de-facto recognizing an independent Belgium.

At the structural level, the European powers were able to resolve this conflict because a carefully constructed balance of power existed in Europe from 1815 to 1871 to deter any of the major powers from taking advantage of the Belgian crisis. The balance of power constructed during the Congress of Vienna (1815) ensured that France would be contained but also that German states would not be powerful enough to dominate the entire continent.

At the domestic level, conflict resolution was possible because the United Kingdom of Netherlands did not completely fracture with the southerners’ rebellion. During the crisis, there was a clear Belgian provisional government and then a Belgian national congress in the south. Outside great powers had clear negotiating partners on the ground and could enforce a diplomatic settlement without events on the ground spiraling out of state authorities’ control.

Norms of equilibrium and moderation also prevailed during the Belgian crisis and helped lead great powers to a diplomatic solution. During the crisis, Europe’s great powers did not unconditionally back any particular side. Instead, they demanded that the Belgians and Dutch stop their fighting and decided that they would intervene against any power that refused to comply. For example, when the French intervened militarily to respond to a Dutch attack in violation of the armistice against Belgium, other European powers more or less let the events progress. Had other European powers given blank checks to the Dutch, the conflict might have turned into another Europe-wide war. The British in fact sent a squadron of ships to aid the Belgians. The London conference, led by the British and the French, in the end, imposed a de-facto settlement.

From 1839 and onward, Britain played an essential role to prevent Europe’s great powers from violating Belgian neutrality. With Germany’s unification and rise, however, the future of the British guarantee became increasingly uncertain. In 1914, as per the Schlieffen plan, the Germans proceeded to invade Belgium in an attempt to knock France out of World War I before dealing with Russia.

The southern Caucasus and Mesopotamia have historically been fought over by a great power based in Istanbul and one based in the Iranian mountains. My paper focuses on two particular periods of conflicts: Byzantine-Sassanid wars between late sixth and early seventh centuries and Ottoman-Safavid wars between early sixteenth and mid-seventeenth centuries. In both conflicts, empires based in Istanbul (Constantinople) emerged victorious over their Iranian counterparts.

To begin with, both sets of conflicts took place in the context of regional bipolarity. The Byzantines and Sassanids were the “two superpowers of western Eurasia” during their times, and the Ottomans and the Safavids were the two dominant powers in the Middle East during their rivalry. There was no third great power to play the role of a mediator. As a result, settlements of the two sets of conflicts came about after prolonged periods of war due to two factors: overall military superiority of the Istanbul-based empire and defensive geography of the Iranian mountains. The Byzantines and the Ottomans were more powerful than the Sassanids and the Safavids, but advances from the west always halted at the edges of Iranian mountains because of their imposing geography.

Other factors that exacerbated and perpetuated these conflicts were the fragmented nature of Mesopotamia and the southern Caucasus and the religious dimension of the wars. Local conflicts in these regions inevitably brought about great power interventions, as one local entity or the other was a client of each of the great powers. In addition, the competing great powers based their legitimacy on the fact that they were champions of their respective religions. The Byzantines and the Sassanids respectively saw themselves as defenders of Christianity and Zoroastrianism and used bishops and priests as agents of influence, while the Ottomans and Safavids respectively saw themselves as defenders of Sunni and Shia Islam.

The Great Game over Korea: Whales Fighting over a Shrimp

During the late nineteenth and early twentieth centuries, China, the historic hegemon in Asia, was in decline, while Japan was rising in the east, Russia was encroaching from the north, and other European powers and the United States were seeking to open the region to trade. By the end of the nineteenth century, a three-way struggle over Korea ensued between China, Japan, and Russia, with the Japanese eventually prevailing and annexing Korea in 1910.

The perceived imbalance of power in Northeast Asia in favor of Russia was an important trigger of both the Sino-Japanese and Russo-Japanese wars. In 1894-1895, the Japanese were driven to push China out of Korea due to the concern that the Chinese were too weak to resist Russia’s southern advances, particularly with Russia’s construction of the trans-Siberian railroad. In the aftermath of the Sino-Japanese war, the Russians also leased Port Arthur and Dalian in China. Fearing the growth of Russian power in Northeast Asia, Japan eventually launched a surprise attack to defeat Russia in the 1904-1905 war.

The Korean court’s foreign policy since the 1880s of pitting great powers against each other also made a compromise difficult for China, Japan, and Russia. As Hahm Pyong-choon writes, the Korean court’s “game only intensified the mutual distrust and belligerence among the three powers [Japan, China, and Russia] and encouraged the fear that Korea might at any time undermine the position of one in the peninsula by snuggling up to one of the others. Moreover, the game helped Koreans to earn a reputation among their neighbors for being tricky and deceitful, thus reinforcing their desire to extinguish Korea's political independence.”

Turbulent internal fissures and factional struggles in Korea also drew in surrounding great powers to intervene on the Korean peninsula. Factional struggle within the Korean court created a great sense of uncertainty for the great powers, while the Donghak peasant rebellion of 1894-1895 was the immediate cause of the Sino-Japanese war, as the Korean court requested Chinese assistance to suppress the rebellion and as the Japanese intervened in response to the Chinese intervention.

Korea also lacked a third-party guarantor of security. At various points since the 1880s, the Japanese, Russians, and Koreans had floated the idea of bringing the United States to guarantee Korea’s neutrality. Washington, however, “as a matter of principle,” refused to position itself at the heart of Northeast Asia, although the United States, having become the largest economy by the 1900s, might have had the capacity to play the role of a third-party guarantor.

Origins of World War I began with the so-called Eastern Question: the issue of how European powers would handle the Ottoman empire’s decline. By the late-nineteenth and early twentieth centuries, the Ottoman decline had created a power vacuum in Eastern Europe, which a unified Germany and its Austria-Hungarian ally and Russia and its clients competed over. Each side saw one another as revisionist states seeking to expand and had sought to head off each other’s moves in the Balkans, eventually leading to World War I.