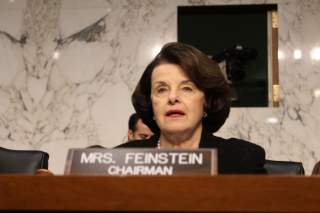 Call it a political witch-hunt, a mixed report, or a thorough accounting of the CIA’s Rendition, Detention, and Interrogation program, but the 500-page executive summary of the Senate Intelligence Committee report released today is sure to dominate Washington discourse during the last week of the 113th Congress.

The committee’s report, led and directed by Chairwoman Diane Feinstein and supported by her Democratic colleagues, was a very long time in the making.  What was at first a bipartisan project in the Intelligence Committee—where Democrats and Republicans overwhelmingly agreed to create an exhaustive review of the CIA’s enhanced interrogation techniques for the public record—culminated six years later into a product that divided the two parties on an incredibly important historical question: did the United States sanction torture in order to gather information to save American lives and protect the U.S. homeland?

Unfortunately, despite a report that is 6,700 pages long and that cost at least $40 million to produce, Americans will never definitively find the answer to that question.  As impressive and documented as the Senate Intelligence Committee report is—and it is, indeed, highly impressive in its breath, detail, and organization—there will still be corners of the American public and vast segments of the U.S. Government that vehemently disagree with the numerous conclusions listed in the document.  Sen. Diane Feinstein no doubt speaks for many Americans when she said on the Senate floor today that the CIA’s interrogation program was “morally, legally and administratively misguided,” and “far more brutal than people were led to believe,” but she doesn’t speak for all Americans—particularly those CIA officers who participated intimately in the interrogations and other officials who remain convinced that EITs were immensely important in protecting American lives.

Former Directors George Tenet, Porter Goss, and Michael Hayden, along with the former architect of the EIT program, Jose Rodriguez, have already come out swinging.  On the same day that Feinstein publicly released the executive summary of the report, the Tenet-Goss-Hayden team published a scathing op-ed in The Wall Street Journal rebutting the claim that the CIA leadership deliberately lied to the White House, Congress, and to its own Inspector General on the scope, scale, merit, and effectiveness of the program.  In his own op-ed for The Washington Post, Rodriguez—who has been a vocal supporter of the EIT program and has written a book arguing that these “Hard Measures” were a necessary solution in dangerous times—blasted committee Democrats for attempting to re-write history, criticizing techniques that they once accepted immediately after the 9/11 attacks, and for casting the men and women of the CIA in a humiliating light for all the world to see.

The point for highlighting all of this dissent is that, regardless of what the Senate Intelligence Committee report says and the conclusions that are ingrained in the study, there will continue to be a considerable segment of the U.S. Government—including a whole lot of Republican lawmakers—who view waterboarding, 24-hour interrogations, sleep deprivation, and months of detainee isolation as tactics that were critical in protecting the United States another 9/11-style attack.  Whether this is right or wrong is beside the point: the belief is out there.  The CIA and Republicans on the Senate Intelligence Committee would not have released their own reports on the same day as Feinstein’s executive summary if this weren’t the case.

Whether you believe that EITs were a horrible travesty and a permanent stain on an otherwise unblemished U.S. human rights record, or a program that was absolutely indispensable to keep the nation safe, I believe we can all agree on one thing: the men and women of the Central Intelligence Agency immediately after September 11 were—and remain—in an unfathomably difficult position.  The officers, analysts, scientists, and managers of the agency are expected to perform their jobs with the utmost perfection in incredibly rigid time constraints, and are expected to do so without making a mistake that could potentially hurt the strategic position of the United States or result in the deaths of Americans at home or abroad.  And these men and women are mandated to do this every single day they trek to agency headquarters or start their workday in the one of hundreds of CIA stations located in dangerously hostile areas.

While we hold people accountable for a tumultuous and divisive period in U.S. history, we should never lose sight of the low or mid-level operator or analyst doing the type of work that keeps the United States the most powerful country on the planet.  And, when mistakes are made, the agency—and the United States large—acknowledges them and cleans them up.