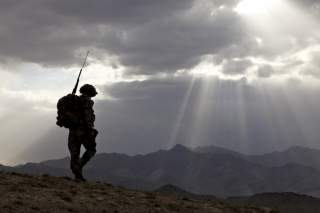 From the Rose Garden at the White House on May 31st, President Barack Obama, flanked by a beaming Jani and Bob Bergdahl, relayed to the assembled press what he had earlier told the parents of Sgt. Bowe Bergdahl: “after nearly five years in captivity, their son, Bowe, is coming home.”  The initial reaction was one of celebration that America’s only remaining POW from the Afghan war had been set free.  But barely 48 hours later, before Bowe had even recovered enough to see his parents, the media was ablaze with rumors and speculation tagging the sergeant as a “traitor”, “deserter,” and “collaborator.”  Before any investigation has been conducted, before Bowe has had a chance to make a single statement, the former POW has been tried by major media, pundits, and even some on the Hill, found guilty, and a punishment decreed.  Neither Sgt. Bergdahl nor his parents deserve this public lynching in the absence of a thorough investigation.

Unequivocally, there are serious questions related to his disappearance and capture that need to be answered.  It is clear that Bowe Bergdahl disappeared from his outpost on June 30, 2009 and was later captured by the Taliban. Things get murky beyond that.  Many soldiers from Bergdahl’s unit believe he left his post willingly and was subsequently captured.  Many of these solders offer a great deal of speculation for why he may have left, where he may have been trying to go, and what he intended to do.  But the fact of the matter is, no one but Bowe Bergdahl knows, and we haven’t heard from him yet.  But Bowe isn’t the only member of the Bergdahl family to be attacked in public.

Bowe’s dad, Bob, has been the subject of much speculation and ridicule.  For example, there have been a number of stories published about the fact he has been in contact with Taliban sources online, that he learned the local language, and grew his beard in solidarity with his son. Many of these articles represent Bob in a suspicious light.  I was connected to Bob Bergdahl via email about two years ago when he contacted me through my church as a result of an article written about me in the New York Times.  I recently had the chance for the first time to meet he and Jani in person.  In all that I have known of both Bob and Jani, they have appeared to me as warm and kind people who deeply and devotedly loved their son, and whose lives had been turned into a living nightmare for almost five years.

Bob Bergdahl did everything in his power over five years to try and win release for Bowe.  Fearing for the life and safety of his son in Taliban hands, he sought to understand the motivations of Taliban members, to communicate to them in ways they could understand, and to appeal to their sense of family and religious duty to take care of Bowe while a prisoner, and not mistreat or torture him.  Far from being considered in a negative light, Bob Bergdahl exemplified a father who deeply loved his son and spared nothing in trying to ensure his survival and ultimate release.

And now, after suffering through those five tormenting years, after initially shedding tears of happiness at the safe return of their son, Bob and Jani watched in horror as news services across the country begin printing every rumor and speculation about their son, without vetting sources, without attempting to validate the information, as quickly as they could get it on the air or online.  I can only imagine how devastating it must be to have your own country turn against you and your family like that.

On June 2nd, General Martin Dempsey urged caution before reaching conclusions about Sgt. Bergdahl.  He said, “As for the circumstances of his capture, when he is able to provide them, we’ll learn the facts. Like any American, he is innocent until proven guilty. Our Army’s leaders will not look away from misconduct if it occurred. In the meantime, we will continue to care for him and his family.”

It could well be that after a thorough investigation Sgt. Bergdahl may be found guilty of violating provisions of the Uniform Code of Military Justice and have to face appropriate consequences.  But such an investigation may also prove many of these wild accusations to be without merit.  Imagine if America discovers later that he wasn’t guilty of many of things for which he is now being excoriated publicly?  We will have treated a man who survived five years of mental torment at the hands of the enemy, and then unjustly subjected him to another round at the hands of his own countrymen.

If we are a country governed by the rule of law, then Sgt. Bergdahl deserves the same presumption of innocence that any other American citizen accused of a crime receives.  Until all the facts are known, in the name of basic American decency, let us allow this man time to recover and stop vilifying his father.

The views expressed in this article are those of the author alone, and do not represent the Department of Defense or the US Army.