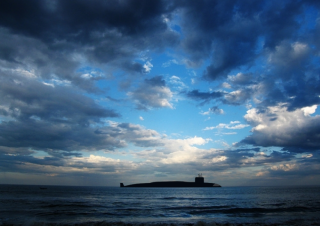 A Special Report (PDF) released by ASPI today examines the shifting Asian nuclear order by exploring four case studies—the US–China relationship, the South Asian nuclear dynamic, the North Korean nuclear program and the challenges confronting US extended nuclear assurance in Asia. All suggest we’re headed into choppier waters. Geopolitically, we’re heading into an Asia of multipolarity and intensifying competition. And regional nuclear arsenals are becoming larger and more capable. As they do so, they become a more prominent feature of the strategic landscape.

Power balances are shifting in Asia, and not just between the great powers, although that’s a natural point of attention for many strategic analysts. One of the strongest motivations for both Pakistan and North Korea to place greater reliance upon their nuclear arsenals is their sense that their principal rivals—respectively, India and South Korea—have stolen a march on them in terms of national power. Both sense they’re facing ever-steeper power gradients in relation to their neighbors. Those contests exist alongside the great-power ones—in which the variation of power gradients is more mixed, but the importance of actual or prospective change is amplified by competing visions of the shape of future regional order.

Typically, Asian nuclear arsenals have been small and comparatively unsophisticated. But now they’re undergoing a high level of technological churn. That includes the deployment of multiple independent reentry vehicles atop ballistic missiles, and the development of maneuvering warheads intended to evade terminal ballistic missile defense (BMD) and home in on designated targets. It also involves a noticeable new emphasis on mobile land-based missiles and sea-based nuclear weapon systems. So far, relatively small numbers of delivery vehicles are involved, but the numbers are trending upwards.

The challenge posed by technological innovation isn’t confined to nuclear arsenals. Conventional capabilities are improving to the point where they can replace nuclear weapons for some missions. And at the top level, the US is (gradually) bringing BMD systems into the theater, in large part because of the increasing capabilities of regional ballistic missile arsenals. Those BMD deployments also tend to reinforce the drive towards larger and more sophisticated arsenals, as US adversaries consider how to ensure effective penetration of better defenses.

Australia can’t redesign the nuclear order to its will. But we should do what we can to support the continuing pre-eminence of deterrence in regional nuclear doctrines, work where we can to enhance crisis-stability arrangements, and advocate the continuing importance of the principle of voluntary restraint in Asia’s nuclear order. We can’t stop power shifts or do much to alter the pace of technological churn. But we might be able to shape the political relationships within which those things are happening. To do that, we’d want the regional nuclear order to be more of a topic of leadership discussion in Asia than it currently is. It’s the subject of academic and think-tank enquiry but not of official policy discussions.

Secondly, we can’t ignore the dogs that don’t bark in the night. We should do what we can to maintain and reinforce Southeast Asia’s nuclear-weapon-free status. It’s true that a wave of nuclear proliferation is more likely further afield—in Northeast Asia, the Middle East or Europe. But we shouldn’t take the non-nuclear status of our near neighborhood for granted. Proliferation there would be of immediate strategic significance for us. And we have a direct interest in Southeast Asian countries continuing to exercise high levels of security over their existing civil nuclear programs, and acting vigorously to police the possible transshipment of nuclear-related materials through the region.

Thirdly, as other US allies in Asia look for options to strengthen US extended nuclear assurances in the region, we’d be well advised to do the same. Talk of new ‘nuclear sharing’ arrangements is increasing. If the Australian Government hasn’t already done so, it should begin a more comprehensive set of discussions with the US about the ways in which the ANZUS alliance might be strengthened in that regard. As Asian strategic transformation unfolds, it’ll be important to ensure that the nuclear side of our alliance remains relevant to the shifting strategic environment. That might include the introduction of nuclear sharing arrangements similar to those already existing in Europe—typically, more intensive than what’s seen in Asia—especially if US allies in Northeast Asia start to head down that track.

Finally, even with such efforts, we must accept that nuclear weapons could spread quickly in Asia. Worries among US allies about the continued willingness of the US to offer extended nuclear assurances—something previously taken for granted but now less certain—could be a particularly important driver of near-term regional proliferation. Such an outcome would leave Canberra with a series of complex and unattractive choices, not merely over how to respond to proliferation by US allies in Northeast Asia, but in thinking through what a fundamental shift in the regional order means for Australia’s own nuclear identity.