Should China Worry about the Future of Hong Kong? 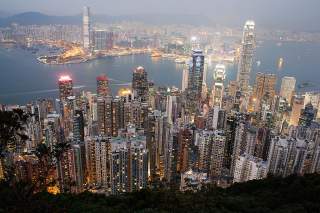 In her victory speech, Lam emphasized uniting Hong Kong, as well as valuing its pluralistic society. Despite these comforting words, Lam’s election saw thousands of protesters take to the streets, objecting to Lam’s victory and the electoral process which enabled her to win. A day after Lam’s victory, nine leaders of the 2014 Umbrella Movement protests were arrested for “public nuisance.” This resulted in further prodemocracy protests outside Hong Kong’s police headquarters. The current tensions, however, are a mere harbinger of mounting clashes between the two sides.

Lam’s victory—and the arrests of protest leaders—show that Beijing is concerned about its control over Chinese territory. The CCP’s worry about its control over Hong Kong is further exemplified by reports stating Beijing will seek to use Hong Kong’s Basic Law to protect China’s sovereignty and national security interests in the Special Administrative Region.

To maintain its position as the “sole party in power,” the CCP must ensure social stability. From the party’s perspective, the 2014 Umbrella Movement protests and Hong Kong Legislative Council oath-taking controversy posed threats to China’s social stability and therefore a challenge to the CCP’s legitimacy. Rather than allow Hong Kong people to directly elect their chief executive without interference from Beijing or indulge localists, both of which could generate demands for similar actions in regions with separatist movements like Xinjiang and Tibet, the party chose its traditional technique for challenges to its national legitimacy: hard-line measures.

In Lam, Beijing knows it is getting a chief executive who is devoted to China’s control of Hong Kong in thought and deed. So, Beijing gains an advocate while discouraging future protesters through the threat of arrests and jail time.

Although both are considered to also be pro-Beijing, John Tsang and Woo Kwok-hing garnered mostly pan-democrat support for their nominations as chief executive candidates. Certainly, the CCP would not have risked throwing its weight behind a candidate that could turn out to be a Lee Teng-hui–like figure, secretly desiring Hong Kong’s independence. This would be especially true given that 2017 will see the Nineteenth National Congress of the Communist Party of China.

During this fall’s NCCCP, potential successors to President Xi Jinping may emerge, or President Xi could lay the foundations for extending his leadership of China beyond a second term. To maximize his success for a preferred successor or potential move to defy the post-Deng precedent of retiring after two terms, Xi will want to avoid the risk of social unrest in Hong Kong that could diminish his political capital. With Lam as chief executive and the Hong Kong government committed to leadership decapitation of protest movements, Xi will feel assured that social instability in Hong Kong will be dealt with quickly, helping him to secure his position.

Lam’s election seems like an overall win for Beijing, but the negative response does not bode well for China’s “one country, two systems” policy. The protests of Lam’s victory and the electoral system that allowed it show that China’s policy, which it plans to use on Taiwan in the event of unification, continues to be insufficient. Beijing and the CCP appear too involved in the selection process of Hong Kong’s government and willing to stretch the Basic Law to fit their ends. How can the People’s Republic expect Taiwan to peacefully reunite with the mainland when the “one country, two systems” policy looks undesirable?

Instead of appearing to decide the outcomes of Hong Kong’s elections in advance, Beijing should pursue electoral reform in the Special Administrative Region, inspired by its proposal of 2015. Although rejected by Hong Kong’s Legislative Council, and met with displeasure from the pro-democracy camp, a similar model of electoral reform would help reduce China’s perceived influence in Hong Kong’s chief executive elections and give Hong Kong people a choice in directly electing their leader. Not only could this improve social stability in Hong Kong, by giving the chief executive a popular mandate and reducing the basis for protest, but it would help redeem the “one country, two systems” policy, placing peaceful reunification with Taiwan back on track.

Despite the need for political reform, Lam is not expected to make the push. She stated, “Without the atmosphere and necessary conditions, any [restart of political reform] would only disappoint” Hong Kongers. However, her desire to draw upon Hong Kong’s youth for advice and pledge to unify Hong Kong’s society, which includes reducing dependence on Beijing for help in governance, could help her set up the foundation for reform in her first term. Attempting to sow the seeds of political reform might placate a few in the prodemocracy faction.

Regardless of the political issues facing Hong Kong now, 2047 is looming. After 2047, Beijing will have greater legitimacy and legal authority to make decisions for the Special Administrative Region. Lam’s election by pro-Beijing groups, and open support from China’s central government, are a preview of what is coming.