Silence Is Falling on the South China Sea 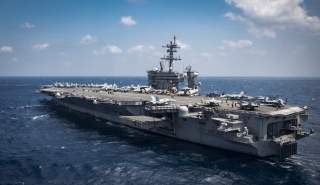 Philippine–China relations have taken a decidedly friendly turn since the South China Sea arbitration concluded with the Annex VII tribunal ruling mostly in favor of the Philippines. President Rodrigo Duterte has completely upended the country’s foreign policy with its powerful neighbor, starting with a “soft landing” approach to the ruling, and following up with friendly overtures, solicitation and acceptance of pledges of financial assistance, loan packages and infrastructure projects—all punctuated with expletive-laden jabs at Western allies. China also increased imports from the Philippines, notably on agricultural products from Mindanao (tying up support from the southern economic elite), opened the tap on Chinese tourists, and invited the country to join the ranks of beneficiaries of China’s much-vaunted Belt and Road Initiative.

Renewed Chinese beneficence has had its intended impact: by thawing formerly ice-cold ties, emphasizing cooperation ‘in other areas’ and drawing attention away from the maritime disputes, the Duterte administration has noticeably muted its reactions to Chinese assertiveness in the West Philippine Sea. During the term of Benigno Aquino III, Duterte’s predecessor, even the slightest new development merited a highly-publicized response. Since the victory at the arbitration, serious changes in the situation at sea have merited a helpless shrug and sometimes permissive deference. When news broke in December of the installation of anti-aircraft weaponry and close-in weapons systems on China’s artificial islands, then-Secretary Yasay simply conceded that there was ‘nothing that [the Philippines] could do’, that China could ‘take whatever action is necessary in pursuit of their national interest’ and the Philippines ‘will leave it at that.’ Yasay even took it a step further by saying that the Philippines wouldn’t have anything to do with allies’ interests in the South China Sea, and that the latter should act on their own without Philippine involvement. When a Chinese ship captured a US underwater drone off Subic Bay, the government was quick to distance itself from its erstwhile ally, professing ignorance of US operations. There wasn’t even an official response to the reported near-collision between a US aircraft and a Chinese airborne early warning and control system aircraft patrolling near Scarborough Shoal, notwithstanding the obvious implications of apparently regular Chinese long-range aerial patrols over its claimed territory.

Silence on the part of the Philippines seems to have become the new normal, even in the protection of its claims. The Philippines isn’t raising the alarm over the continuing destruction of marine habitat, despite Chinese fishermen repeating their patterns of coral cutting and giant-clam harvesting in Scarborough Shoal and incessant fishing activities within its EEZ. Elsewhere, its fishermen have to fend for themselves and fish where their presence is tolerated. Philippine offshore petroleum exploration in the West Philippine Sea has ground to a halt with a self-imposed and official moratorium on account of the disputes. Chinese marine scientific research activities encroaching within the Philippine EEZ have increased in scope, frequency and proximity to the Philippine mainland, not only to the west but also to the east despite the absence of Philippine consent or participation. Only a much-publicized order for the country’s Armed Forces to ‘occupy the Philippine islands in the Spratlys’ and an announcement that President Duterte would raise the flag at Pag-asa Island seemed to briefly shatter the quiescence, although it turned out to be very short-lived.

Muting the disputes has resumed; recent published reports of Chinese personnel threatening and firing warning shots at Philippine fishermen in Union Bank (which straddles the Philippine EEZ) were brushed off by President Duterte as a ‘misunderstanding.’ He even laid blame on the fishermen for ‘testing the waters and tempting the gods.’ Silence seems to have even expanded to the last ASEAN summit where the Philippine Chair’s Statement retreated from the previous years’ extended expressions of concern over developments in the SCS, shying away from previous clauses about militarisation, escalation and reclamation. The draft framework for a Code of Conduct recently agreed between China and ASEAN reportedly indicates the latter stepping back from any role by expressly preventing the code from being a basis for dispute settlement in the SCS.

Although the Duterte administration portrays this all as part of a grand ‘independent foreign policy’ that would take the Philippines away from the US orbit and move closer toward China and Russia, it’s risking a yet-unaccounted price: the potential collapse of fisheries and habitats along its western shores, loss of energy security and increased dependence on energy imports, financial bondage for infrastructure development, and political restraint to ensure uninterrupted benefits. Unless it takes care to moderate its latest radical foreign policy swing, the Philippines may find itself steadily sacrificing its ability to secure its maritime interests in order to achieve an illusory peace. Eventually, silence may fall upon its claims in the South China Sea.